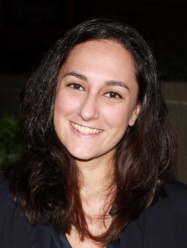 Alea López de San Román is a Policy Officer at the European Commission´s Directorate for Research and Innovation. Alea works in the Open Science unit, where she contributes to the development and implementation of the EU policy on open access to scientific publications and research data. Before joining the European Commission, Alea was a Policy Officer at the League of European Research Universities (LERU) where she was in charge of the coordination of the “Enterprise and Innovation” and the “Information and Open Access” policy  groups. She was also responsible for the development and advocacy of the organisation´s position in the legislative files under her remit (e.g. EU copyright reform; GDPR; …). Alea is a graduate in Law and a graduate in Political Sciences and Public Management from Universidad Carlos III (Madrid). She obtained a Master´s Degree in International Affairs (Universidad Pontificia de Comillas, 2012) and a Master´s Degree in European Studies (KU Leuven, 2015). She has been a visiting student  at the University College of London (2004-2005), University of California Los Angeles (2006) and Georgetown University (2012). Her areas of expertise include International Relations, EU Research policy, Open Access and EU Science Diplomacy. “Understanding EU Science Diplomacy” (Journal of Common Market Studies, 2017) is one of her most recent publications on the latter.