The Science Diplomacy workshop in Trieste at The World Academy of Sciences (TWAS), from 21-23 October 2019 was the first of two workshops organised by the S4D4C project.

The title of the Workshop in Trieste was “Science meets diplomacy: a new European perspective” which shows very well the goal behind it: bringing science and diplomacy closer together and offering an overview of the European science diplomacy policy. The programme of the workshop in Trieste was developed with a specific target group in mind: The majority of participants coming from the scientific arena.

A joint call for applications was prepared by TWAS and the DA in April 2019, and published simultaneously on the S4D4C, TWAS and DA websites. The announcement was also widely distributed via the TWAS and DA networks, as well as by other S4D4C partners.

The DA took care of the collection of applications through their online application management system. Potential participants had the option to apply for just one or both of the workshops. Initially, the call was planned to end in June 2019, but the deadline was postponed to July 2019 in order to allow for more applications from the targeted countries. The call has been very broadly disseminated and answered: TWAS received over 400 applications.

Participants were selected by a commission composed by the three S4D4C project partners TWAS, DA and DLR. The selection process took into account the professional backgrounds of applicants, and aimed to achieve a good balance between participants from major European countries, from EU Countries that are often less represented, and ENP countries. Attention was also paid to ensuring gender balance. 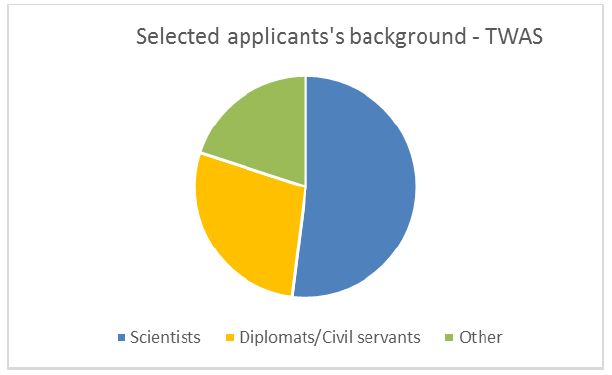 Read HERE our in-depth review article of the event.

The full programme of the three-day workshop in Trieste can be found HERE.