Under its Work Package 3 “European Science Diplomacy addressing global challenges”, S4D4C experts investigate a range of science diplomacy cases. Below you can find first insights into the nine cases. Full case reports will be available here as soon as they are ready. 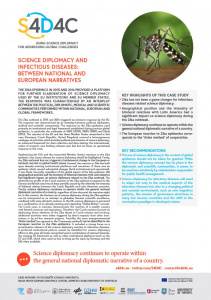 The Zika epidemics in 2015 and 2016 provided a platform for further elaboration of science diplomacy used by the EU institutions and EU Member States. The response was characterised by an interplay between the political, diplomatic, medical and scientific communities performed within national, European, and global frameworks. 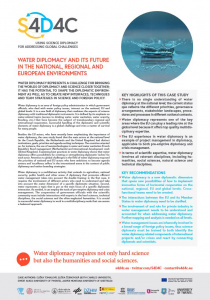 Water diplomacy represents a challenge for bringing the worlds of diplomacy and science closer together; it has the potential to shape the diplomatic environment as well as to create new interfaces, techniques, and team strategies in science and foreign policy 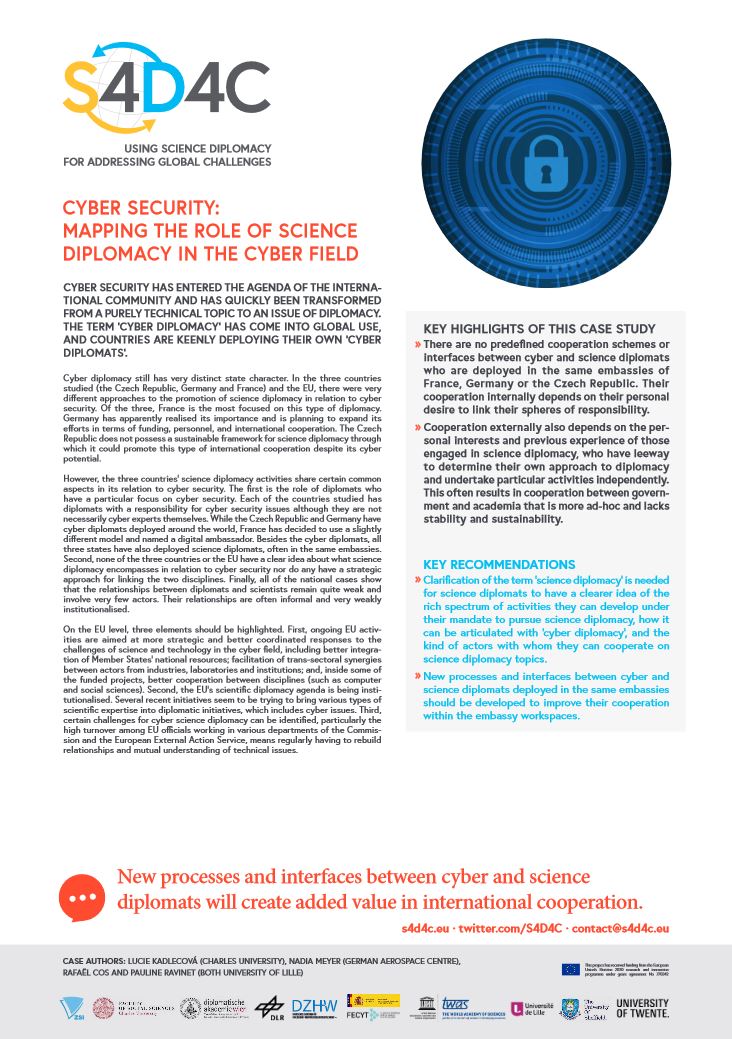 Cyber security has entered the agenda of the international community and has quickly been transformed from a purely technical topic to an issue of diplomacy. The term ‘cyber diplomacy’ has come into global use, and countries are keenly deploying their own ‘cyber diplomats’. 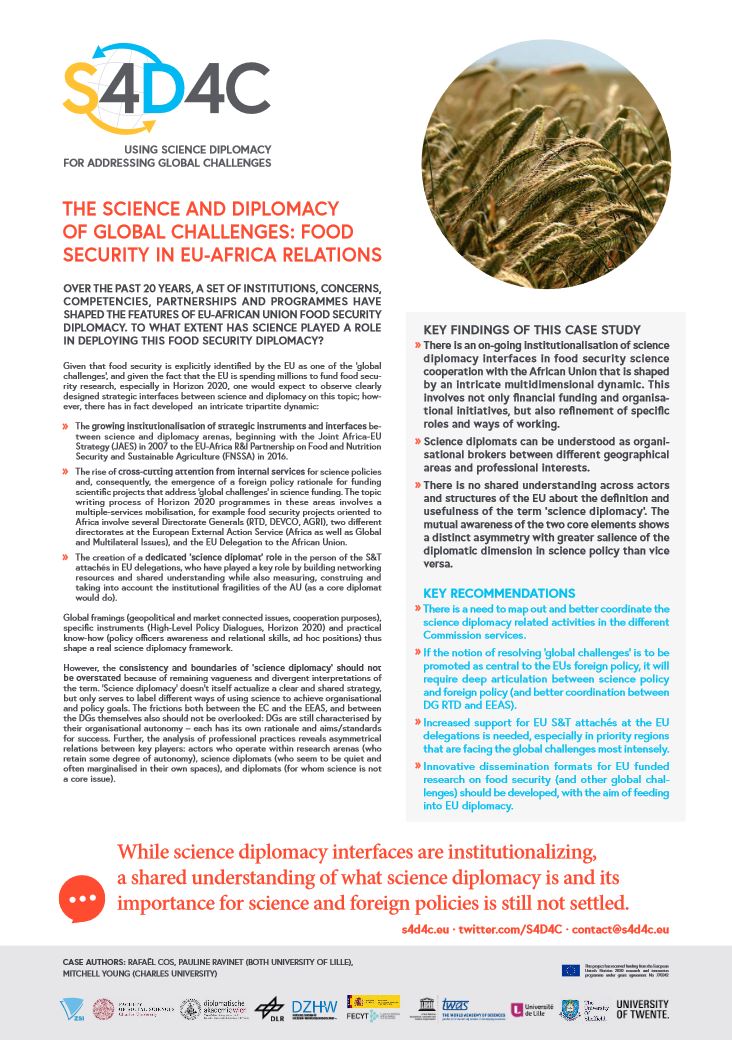 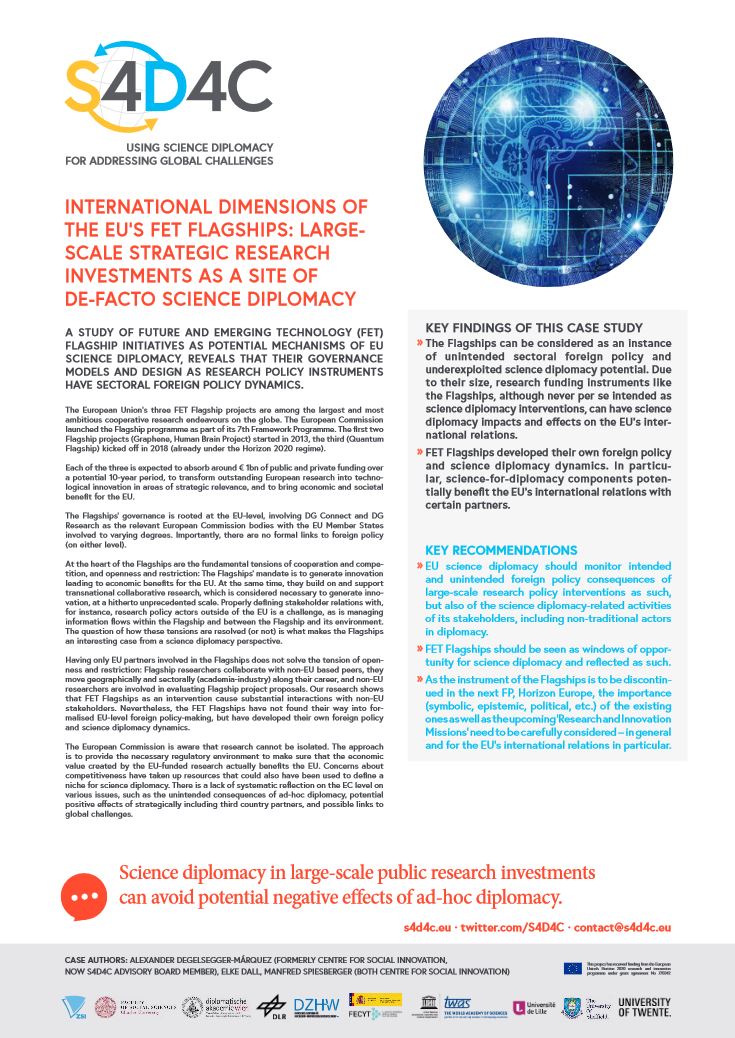 A study of Future and Emerging Technology (FET) Flagship initiatives as potential mechanisms of EU science diplomacy reveals that their governance models and design as research policy instruments have sectoral foreign policy dynamics. 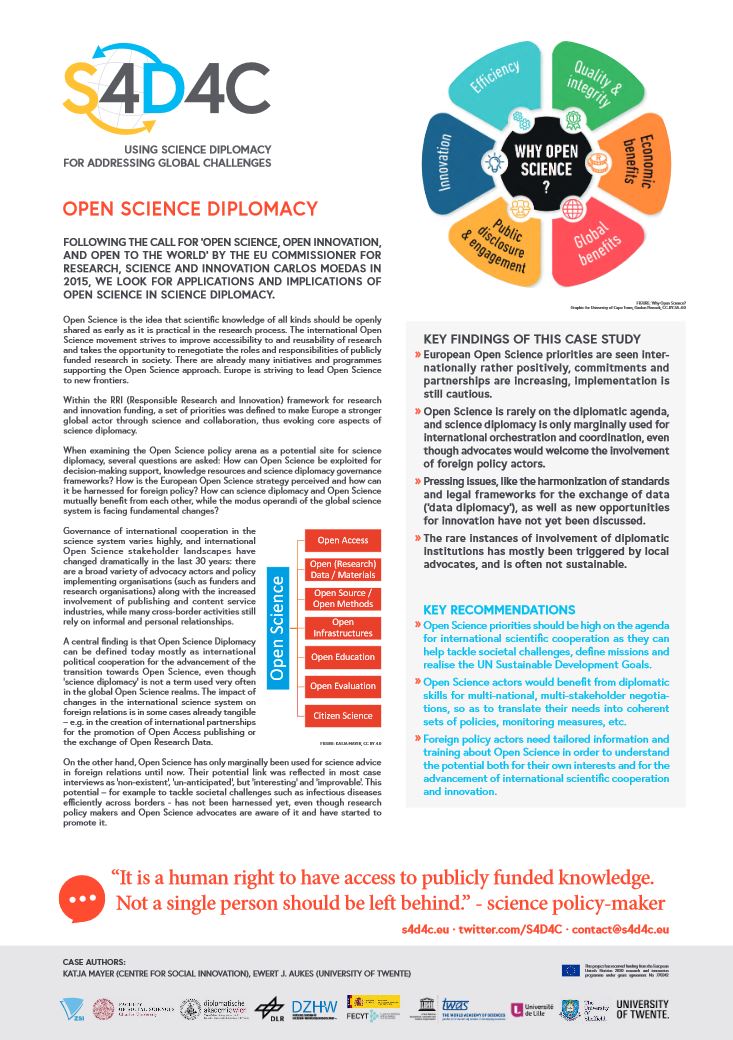 Following the call for ‘open science, open innovation, and open to the world’ by the EU Commisioner for Research, Science and Innovation Carlos Moedas in 2015, we look for applications and implications of open science in science diplomacy. 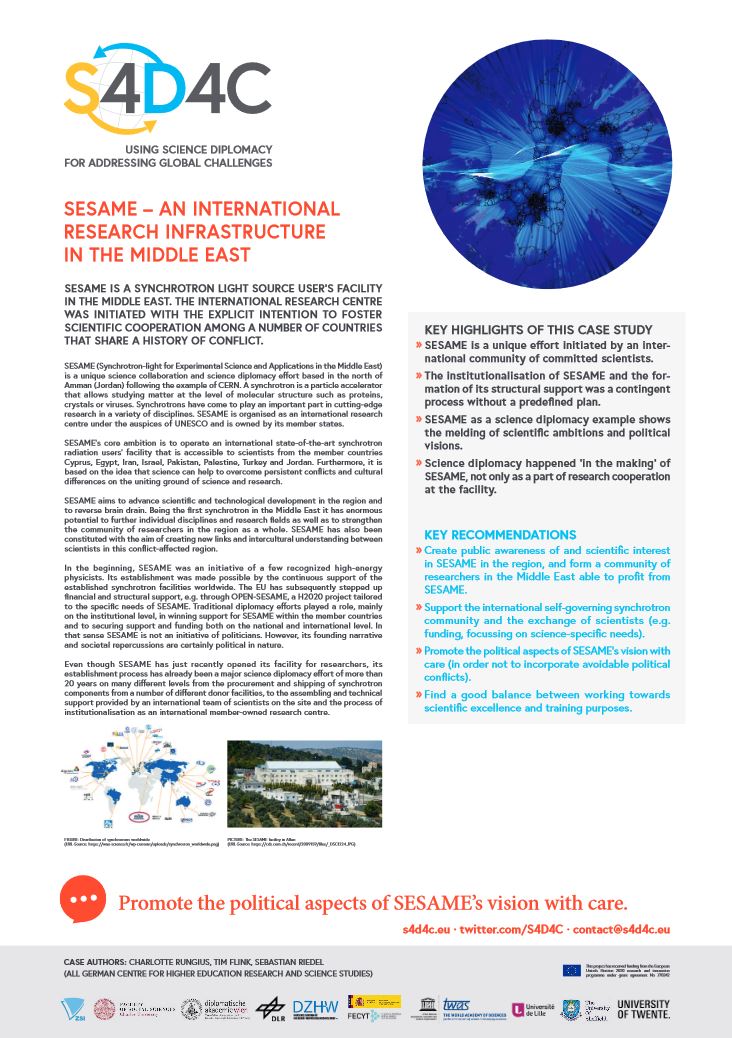 SESAME is a synchrotron light source user’s facility in the Middle East. The international research centre was initiated with the explicit intention to foster scientific cooperation among a number of countries that share a history of conflict. 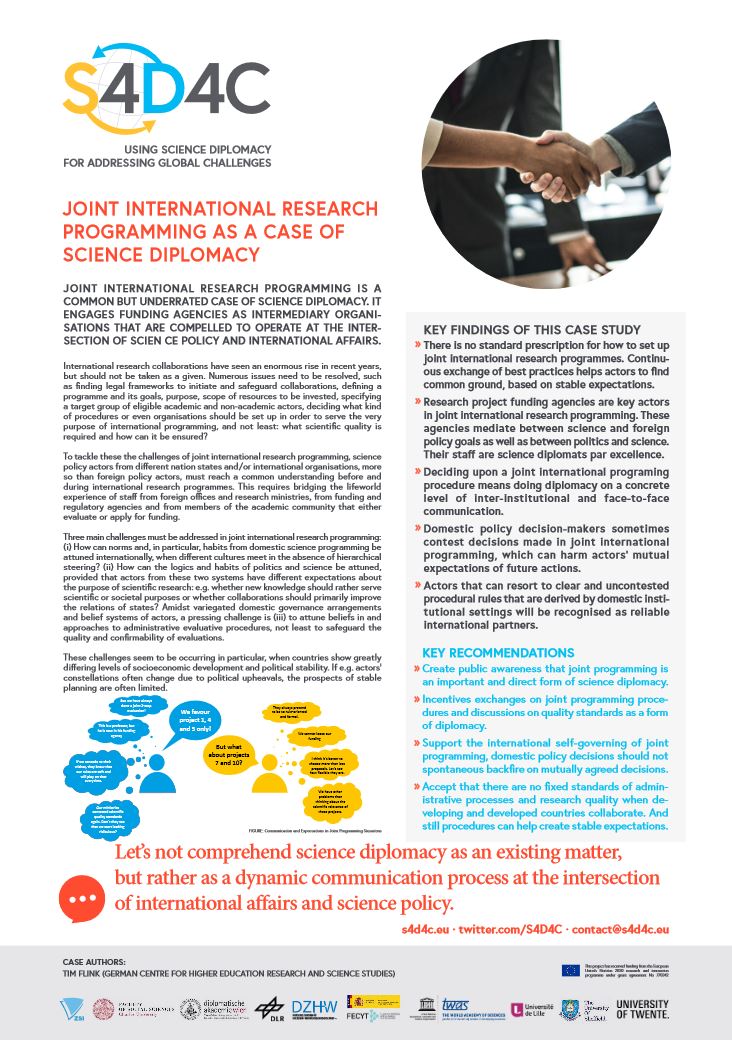 Joint international research programming is a common but underrated case of science diplomacy. It engages funding agencies as intermediary organisations that are compelled to operate at the intersection of science policy and international affairs. 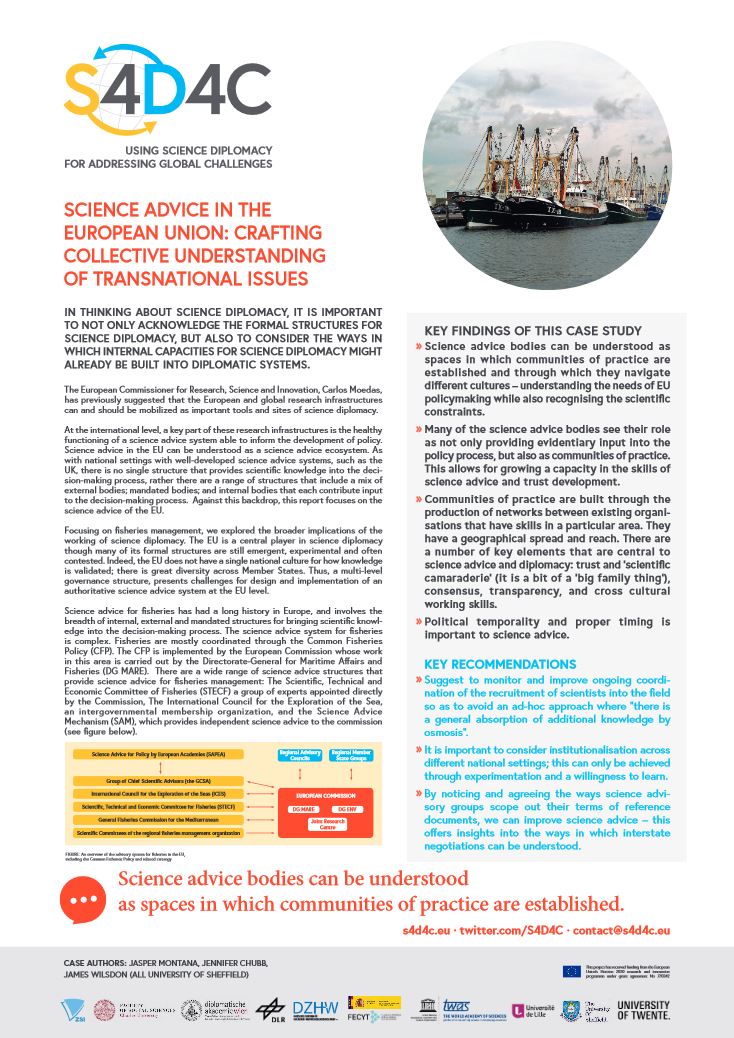 An aggregated data package for the case studies is available HERE.