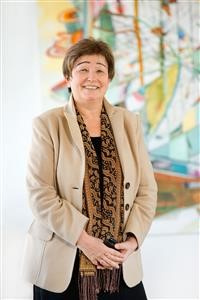 Dorothea Rüland studied German Literature, History and Musicology at the University of Freiburg and completed her PhD in 1984.

She has been Secretary General of the German Academic Exchange Service (DAAD) since October 2010. Before coming back to the DAAD, she was Director of the Centre for International Cooperation at the Free University Berlin for two years from 2008-2010. During her time at DAAD from 1980-2008, Dr Rüland was responsible for several regions of the world. In 2004 she was assigned Deputy Secretary General of the DAAD. From 1999 until 2004 she oversaw diverse DAAD activities in Asia, Africa and Latin America; from 1994 to 1999 she was head of the DAAD office in Indonesia.