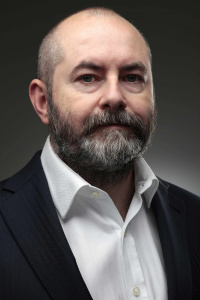 Dr Ivo Šlosarčík is a professor of European Integration Studies and Jean Monnet Chair in EU Politics and Administration (2017) and Jean Monnet Chair in EU Law (2006) at Charles University in Prague. Having graduated in law and European integration studies, he obtained LL.M. in comparative constitutional law (Central European University in Budapest) and a PhD in international law (Charles University in Prague). Ivo Šlosarčík also acted as director for research at EUROPEUM Institute for European Policy, as a member of governmental advisory bodies on the European Constitutional Treaty and the EU Council Presidency and contributed to Czech Convention on the EU. Ivo Šlosarčík’s area of research covers norm enforcement in the European Union, rule of law in the EU and Europeanization of national political, administrative and judicial structures. He is the lead author of the S4D4C case study “Science diplomacy and infectious diseases: Between national and European narratives”, and contributed to S4D4Cs 2nd Networking Meeting ‘Towards a European Science Diplomacy Roadmap’ in Berlin.