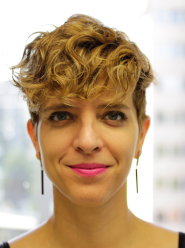 Dr Izaskun Lacunza is a science policy practitioner running the International Projects Unit at the Spanish Foundation for Science and Technology (FECYT). She is focused on bringing science beyond the frontiers of academia. On one hand, she has coordinated the science advisers´ network at strategic Embassies of Spain and its collaboration with relevant civil and administration stakeholders. Moreover, Izaskun is one of the “Ciencia en el Parlamento“ (Science in Parliament) coordinators. This civil society initiative brings researchers and members of parliament together to discuss the role of scientific evidence in the legislative process. On the other hand, she coordinates FECYT´s participation in European projects in order to create the conditions for researchers to fully develop their potential and to have open, diverse, intersectoral, international and interdisciplinary career paths in an open science framework. She holds PhD in Chemistry. In the S4D4C consortium, Izaskun was co-responsible for stakeholder networking at the international level and the development of training materials for science diplomats. She co-authored several policy reports and briefs contributing to a roadmap for European Science Diplomacy. She also acted as a local host for S4D4C’s 1st Networking Meeting ‘EU Science Diplomacy beyond 2020’ in Madrid together with her colleagues at FECYT. Among others, she was interviewed HERE about the European Science Diplomacy course.