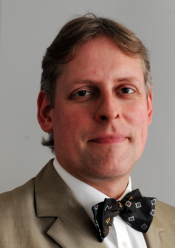 Following his PhD in Geography from the University of Marburg (Germany), Jan Marco Müller’s early career included assignments as Assistant to the Scientific CEO of the Helmholtz Centre for Environmental Research (UFZ) in Leipzig (Germany), Programme Manager of the JRC Institute for Environment and Sustainability in Ispra (Italy), and Head of Business Development & Public Relations of the Centre for Ecology & Hydrology (CEH) in Wallingford (UK). During these years he also served as Secretary of the Partnership for European Environmental Research (www.peer.eu). 2009-2012 he was the Assistant to the Director-General of the European Commission’s Joint Research Centre (JRC) in Brussels and then went on to manage 2012-2014 the office of the first Chief Scientific Adviser to the President of the European Commission Dame Anne Glover, supporting her throughout her tenure. Following a 5-month fellowship with U.S. science policy expert Roger Pielke jr. at the University of Colorado, he helped between January 2016 and March 2017 to set up the European Commission’s new Scientific Advice Mechanism. From April 2017 he was the Head of the Directorate Office of the International Institute for Applied Systems Analysis (IIASA) near Vienna, serving also as IIASA’s Coordinator for Science to Policy and Science Diplomacy. Since 2020, he holds the position of Science & Technology Advisor at the  European External Action Service (EEAS).