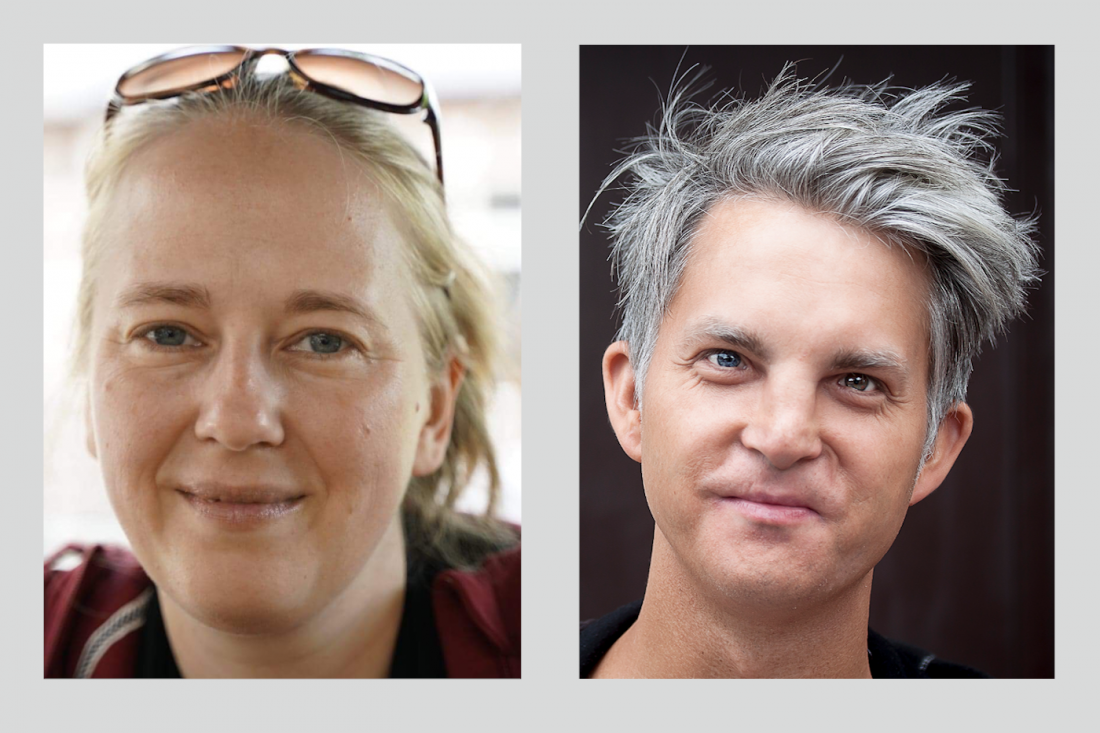 What are your ambitions for S4D4C?

Elke: As coordinator it is particularly important for me that the project activities make an impact on the political landscape, for example to join the discussion how science diplomacy will be addressed in the upcoming Horizon Europe programme. Here, we advocate for example to support science diplomacy as an integral part when foreign policy objectives feed into the association negotiations. The outcome of current negotiations towards different countries, their conditions and rules for participation will crucially determine how Europe is perceived. Which values – openness! inclusiveness! diversity! sustainability! Europe first! – are emphasised? And where are the red lines (and for whom)? Which interfaces are being created and how do we bring existing science diplomacy activities together on the European level? There is a lot of “de-facto science diplomacy”, e.g. through the relationships built up by large-scale infrastructures or mega-projects, such as FET Flagships; at the same time it is sometimes dysfunctional to label initiatives as “science diplomacy” even if in fact they are. We would like to see science diplomacy as a cross-cutting issue, taken into account in the impact pathways and ideally concrete support structures would be provided for the projects and dedicated initiatives to strengthen and coordinate and foster science diplomacy networks.

Tim: For me as a researcher and leader of work package 2, the conceptual work, it is fascinating to analyse whether and how science diplomacy can interconnect the lifeworlds of actors from foreign affairs, science policy and academic science. We should not forget that these actors, amidst the unambiguous reality of common global challenges, are bound to different practical constraints and that they also follow different convictions, often due to their idiosyncratic professional socialisation. And needless to say, people bring in different competences, skills and personal interests. In this respect, the science diplomacy discourse challenges the habits of diplomats, policymakers, administrators of academic institutions as well as of academic researchers – of course including the social sciences and humanities – because it demands from all actors to leave their comfort zones, to think outside their known boxes, understand the other’s field logics, get together with them and find common grounds. But this is a normative call, and not a presupposition. So my key interest is: does science diplomacy really affect political decision-making in a different way, does it really provide for thinking and doing diplomacy in a new way? And does it really foster scientific collaborations across borders? In addition, we may ask about the potential downsides of science diplomacy. Do its proponents not overstretch expectations about what science or diplomacy are capable of and should be doing? How about the risk of science diplomacy becoming a Trojan horse of political interests that sneak into the science system and instrumentalise its values for ephemeral political interests? Moreover, are political actors not misguided if they miss the human aspect in scientific actors that are commonly sugar-coated as truth-seeking cosmopolitans? Because international science is not a Woodstock festival with everyone celebrating love, peace and harmony. It’s highly competitive, sometimes cannibalistic or colonial, and we should not forget this. So observing this development and asking these questions as a social scientist is quite exciting to me, especially because I am not doing this from an outside observer’s perspective but from one that has all those different angles and logics within our own project.

Elke: Furthermore, in the project we focus on sustainability. For example, we are exploring different ways to ensure that our knowledge resources and training materials will be available and in use after the end of the project. We aim to build a lasting stakeholder network through networking events, workshops and online activities.

So, the meeting in Berlin in October is part of a series of events?

Elke: Well, S4D4C is ambitious in sharing its results with the scientific audience as well as with policy makers. We submit papers, organise panels and participate in networking events, but we also organise our own events: The first networking meeting took place in Madrid in December 2018 and aimed at a global audience. Key outcome of the event was the so called “Madrid declaration on science diplomacy” which has already been signed by many stakeholders and is still open. In Berlin we want to celebrate this declaration. Furthermore, we aim to collect suggestions for a roadmap on science diplomacy. Together with other European science diplomacy practitioners, we aim to answer the question: What needs to be done to harness science diplomacy for addressing global challenges, what are the activities that different stakeholders need to implement to improve the European science diplomacy framework?

Tim: I should add that the event is also a neat opportunity to present various case studies, which we did intense empirical work on. These are quite important for the project’s main idea to develop case-based training courses. As many scholars and practitioners know, if often only in principle, there is no single valid approach in science diplomacy, but actors and institutional arrangements changes from case to case, for example when the EU plays a direct or indirect role in a multi-governance setting of a science diplomacy case. And so does the mode of governance – e.g. hierarchy, networks, market competition – alter in the course of a policy development. We present cases on international water management, on multilateral scientific advice in the field of fishery, on the establishment of SESAME, the Synchrotron-light for Experimental Science and Applications in the Middle East, as a peace-building initiative of science, on international joint programming of science and technology, on food safety etc., to name some of the concrete cases. The idea is to hone these results by getting feedback from the conference participants and especially to see whether the cases are understandable, not least because they’ll feed into concrete training courses on science diplomacy S4D4C will test and implement.

Who have you invited to the meeting?

Tim: It was important to focus on policymakers and other practitioners in the field of international relations and STI-policy, while I am also happy that the event attracted the interest of scholars from history, science and higher education studies, STI policy research and related fields of political science and sociology.

Elke: We invited of course those that participated already at the event in Madrid and those that follow us on social media – so we circulated the announcement via Twitter and LinkedIn. Furthermore, we addressed a stakeholder group that works in international science cooperation as well as diplomats that are active on the interfaces to the science community, S&T attachés for example.

What do you aim to achieve with the event?

Elke: The theme of the event is to set up a roadmap with different stakeholders. We want to network the science diplomacy community and identify drivers and barriers as well as action points. We discuss EU science diplomacy in practice, discussing with representatives of the European Commission, the Strategic Forum for International Cooperation, representatives of EU funding programmes, research performing institutions, large research infrastructures, etc. in different sessions. Furthermore, we aim to present and discuss conclusions from our empirical work and trainings.

Tim: As hosts, our primary goal is to make the event as pleasant as possible to everyone, while the credits all go to my colleague Charlotte Rungius and Sebastian Riedel, to Ana Elorza Moreno and Lorenzo Melchor, to you Elke and to our colleagues from the project agency DLR, Nadia Meyer and Maria Josten, and not to forget to Ewert Aukes and everyone who is doing a great job organising this event. Then, certainly I am excited to get people from different fields and countries to exchange their ideas and experience about working at the intersection of international affairs and science policy. So raising awareness about the relevance of the science diplomacy discourse and trying to create a creative atmosphere of reflection is what I am mostly interested in.

What in your opinion makes science diplomacy currently such a trendy topic?

Tim: Granted that the internationality of science was politically relevant for centuries and that international affairs were needed to foster scientific collaboration just as long, the current appeal of science diplomacy is quite striking. As a floating signifier, science diplomacy seems to have such a strong appeal that it goes beneath strategic and self-legitimising talk. In this respect, science diplomacy joins the club of new science policy concepts, such as ‘excellence’, ‘frontier research’, ‘grand challenges’ or ‘responsible research and innovation’, that can hardly be negated. In contrast to old dichotomous concepts which stood for our conception of a well-ordered society, such as basic vs. applied research or development, this new concept epitomises the blurring of functional boundaries, or at least this is what their proponents argue for. So just as no one wants to do ‘irresponsible’ research (but RRI) or normal science (and not excellent), science diplomacy has a non-deniable message: Diplomats would not be well advised to address pressing international challenges without scientific evidence, while scientists can seize societal relevance by somehow also acting as diplomats. What an intriguing holism! So it seems that actors in the scientific and political field start identifying themselves as science diplomats, while it goes without saying that we still have to do more research on this phenomenon. And as usual, the EU starts to pick up on success stories, so there is likelihood that the next Framework Programme will also feature research, training and development on science diplomacy.

Elke: We also saw that the current commissioner Carlos Moedas really championed science diplomacy. He anchored this topic firmly in the European discussion: We know that it is going to be a topic of the upcoming R&I Days in September 2019, a key event for the stakeholders in Europe and a milestone towards Horizon Europe.

And for you personally – what does science diplomacy mean?

Elke: It highlights that cooperation in research and innovation is always embedded in the broader geopolitical context and that there are positive as well as negative feedback loops between the two spheres of science and international relations. Being aware of those, establishing the boundaries and interfaces and understanding them better also helps us to address global challenges better.

Tim: It means having the opportunity to do fascinating research in a community of inspiring people. Ten years ago, I had the chance to conduct the first structured comparative study together with my colleague and friend Ulrich Schreiterer. We started to follow the various science diplomacy initiatives that had sprung up like mushrooms, you know SIN in the UK, the German Initiative Außenwissenschaftspolitik, the AAAS founding of the Center for Science Diplomacy, SWISSNEX from Switzerland, the general rise in numbers of science attachés and counsellors as well as new coordination efforts in industrialised countries, to name a few. Despite these activities, we were nevertheless quite sceptical of the sustainability of this discourse, as much of the science diplomacy discourse was about self-marketisation and cheap talk. As I said, international science policy dates back to centuries, so does scientific advice in foreign affairs and a scientific “ersatz diplomacy”. But ten years after, that very discourse on science diplomacy is still there, alive and kicking…

Elke: … and we are looking forward to give it another push with our networking events and workshops as well as online activities – and we invite everyone to join us!