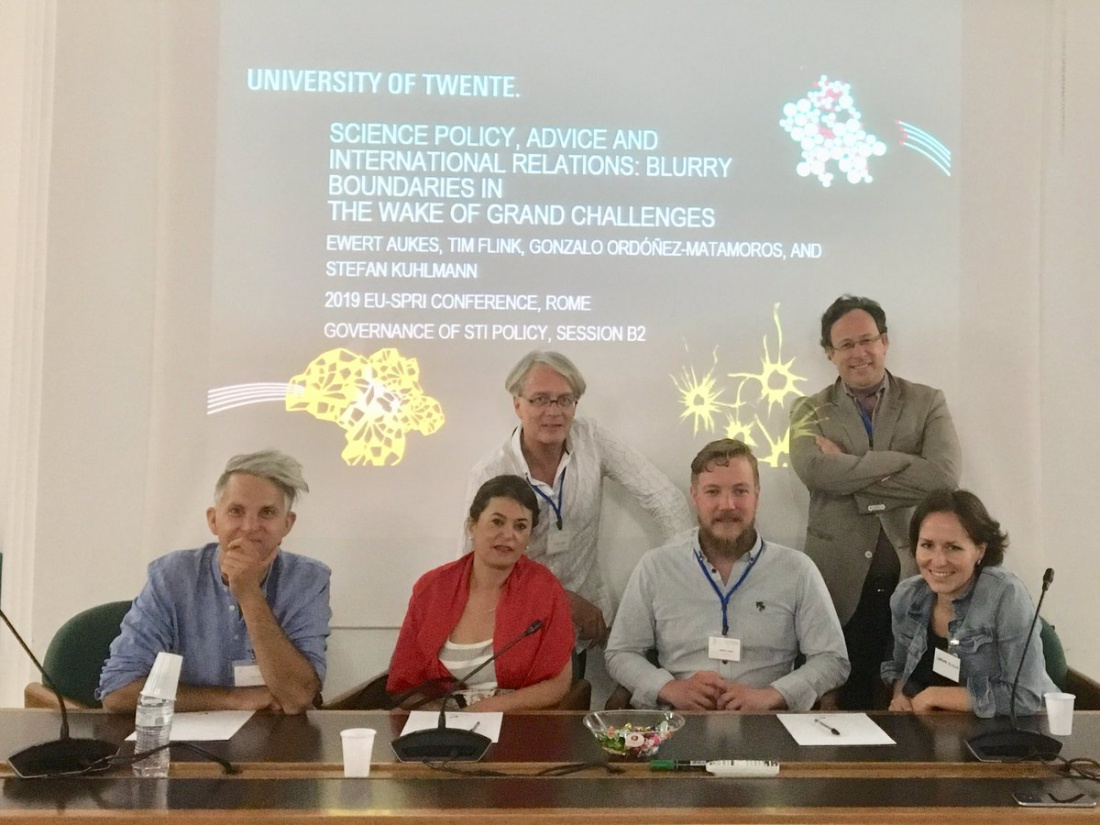 The international EU-SPRI conference, one of the most important venues in Europe for gathering STI experts from all over the world, took place from 5-7 June in Rome. The 2019 conference focused on actors, instruments, practices, and policies for research and innovation to pursuing sustainable development goals using the problem-solving approach.

The Conference also discussed the problem of measurements related to missions and the existing gap between missions and social challenges, policy objectives, policy instruments, and research projects, including the understanding of issues such as the role of traditional and new actors involved, regulations, public funding and public procurement towards reaching specific goals.

Science diplomacy could benefit from a more systematic approach as to the division of tasks and responsibilities among actors in the policy network. This includes a common or at least known view on the meaning of concepts and the positions of actors. This is what the presentation by Ewert Aukes and his co-authors Gonzalo Ordóñez-Matamoros and Stefan Kuhlmann tried to argue. It starts from the idea that uncertainty of policy measures is the status quo in a complex, globalizing world. This necessitates approaches to policy making that are iterative, reflective and tentative to cope with fast-changing environments, actors and positions. Based on recent empirical work and experience from former research projects, the authors propose a threefold model of modes that enable a science diplomacy that may lead to mutually beneficial governance relations. The three modes entail modes for reflection, modes for identifying topics and levels, and modes for scoping/developing knowledge. For all of these, suggestions are to be developed as to how to implement them.

Using a critical discourse analysis, Flink showed how the concept of science diplomacy has proliferated over the last ten years and what its underlying interpretative schemas on science and politics are. The findings illustrated actors’ strategic attempts to create an atmosphere of exigency and a call for engagement, to create an atmosphere in which science should be seen as socially relevant for no less than the world’s fate, and thereby to pretend ‘scientificness’ through pseudo-scientific journals, titles and best-practice examples that serve an alleged evidence or create historical weight. Flink’s presentation ends with a warning: that the discourse of science diplomacy is about to trail off in indefiniteness ironically despite practitioners’ attempts to define the means and ends of science diplomacy. It also overstretches expectations that science could be instrumentalised for international political purposes, not least because it blanks out the many facetted and sometimes problematic social dimensions of science.

In her presentation for the same session, María Piedad Villaveces Niño (from the Colombian Association for the Advancement of Science) juxtaposed traditional forms of international science (policy) cooperation with the seemingly new approach of science diplomacy. Villaveces used a typology to discuss whether the two differentiated in terms of e.g. institutional actors, the role of public policymakers, scope, function, challenges and legal instruments. She called upon the audience to embrace science diplomacy decidedly as a normative concept that energises individuals to become passionate advocates of the role academia can play in international affairs.

Charlotte Rungius being also concerned with a more systematic approach and common understanding of the concept of science diplomacy departed from questioning the current interpretations of the term and the intentions that may be connected to it. In her contribution to the discussion she raised the hypothesis that science diplomacy reaps its fascination from what she identified as “interface symbolism”: Science diplomacy evolves mainly around the idea of first imagining science and diplomacy as distinctly separate communities and afterwards linking these separate communities. While this conceptual and highly abstract promise might account for some of the fascination that often comes with the science diplomacy talk, it also entails the risk of conceptual vagueness, hubris and over-simplification that hamper consistent strategies of application. In sum, Rungius set out to explore the analytical scope between a merely deconstructive position towards the concept and acknowledging the urge to act on a global scale with the means of science and diplomacy that is implied in the concept of science diplomacy.