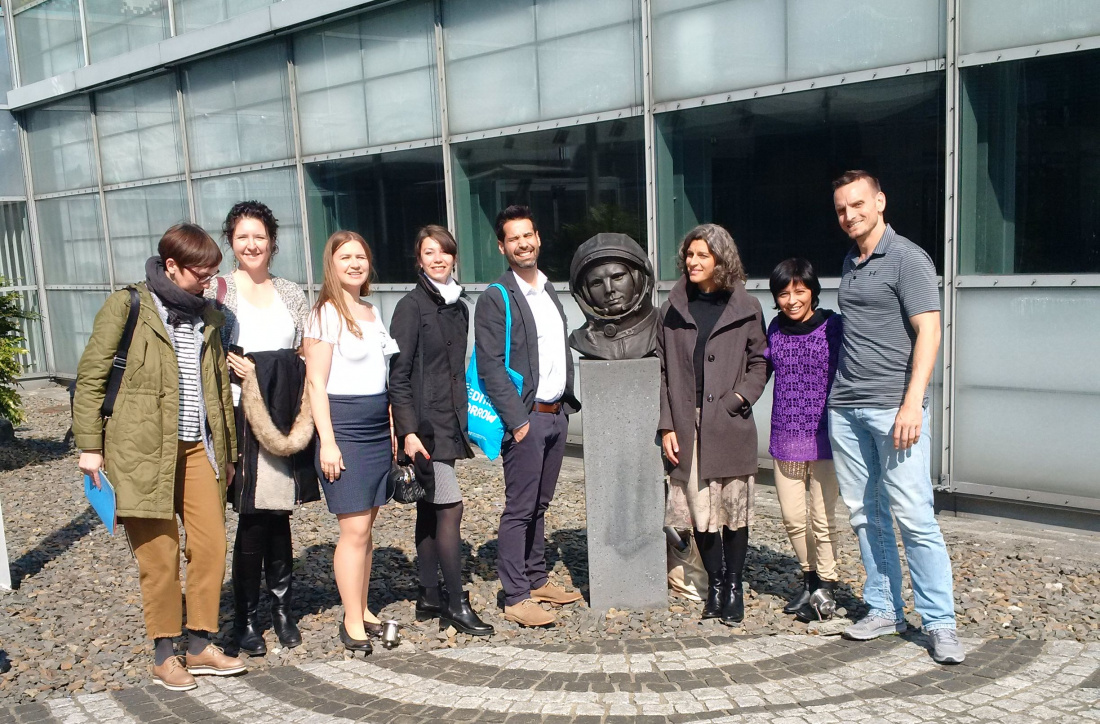 In November 2018, the S4D4C project “Science for/in diplomacy for addressing global challenges” published its call for the “Open Door Programme” attracting applications from scientists working in various research fields and with an interest in public policy-making and diplomacy in order to train them in the unique area of science diplomacy. Among more than 126 applications, coming from 21 countries worldwide, five winners have been chosen representing different scientific backgrounds and with a keen interest in diplomacy: Fatima Castañeda (political sciences and energy), Marta Božina Beroš (EU institutions and policies), Alexandra Middelton (sustainable business in the Arctic), Marta Pulido (biomarkers in neurodegenerative diseases), David Velasquez (microbiology and Polar research).

The four-month training of the “Open Doors” grantees was kicked-off in December 2018 with the 1st Global Meeting on “EU Science Diplomacy beyond 2020” held in Madrid, where they have exchanged views with some of the most renowned experts in science diplomacy as well as networked with practitioners that are taking crucial steps in establishing and coordinating science diplomacy future projects.

Afterwards, the two separate visits of the grantees held in January and February 2019 to the Spanish embassies in London and Brussels gave them a more specialised training on the everyday work and practices of science diplomacy.

The last step of the exciting hands-on training took place on 10-12 April with the “Open Doors” grantees visit to Bonn. There, they had the opportunity to meet and establish first collaborative contacts with high-level officials from leading German research and funding institutions, as well as governmental agencies promoting science diplomacy. Last but not least, they had the opportunity to explore the meaning of space collaboration in the context of science diplomacy at the ESA (European Space Agency) facilities. Indeed, ESA constitutes an example of how science diplomacy is a powerful tool to unlock the full potential of multilateral collaboration even in times burdened by political tensions.

Thinking about the future, the five grantees concluded that science diplomacy will require multiple bridges to be built in order to get scientists and policymakers to speak a common language.