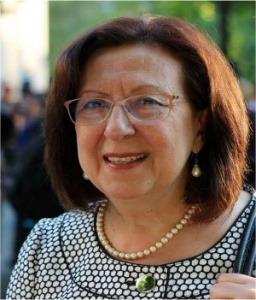 Dr. Zehra Sayers is a molecular biophysicist researching mainly on synchrotron X-ray structure analysis of biological macromolecules. She holds a BSc in Physics (Bogazici University, Istanbul) and a PhD in Biophysics (University of London). She was a post-doc in the UK and Sweden and was a staff scientist at European Molecular Biology Laboratory (EMBL)Hamburg Outstation (1986-1998) before joining Sabanci University in Istanbul as a founding faculty member. Here she was the Director of Foundation Development Program (2010-2019) and served as the interim President in 2018.

Currently she is on a sabbatical at the EMBL Outstation in Hamburg. Dr. Sayers has been the Chair of the Scientific Advisory Committee of the international synchrotron radiation facility project SESAME (Synchrotron-light for Experimental Science and Applications in the Middle East) from its early stages until 2018. Her contributions to the realization of this project have been internationally recognized with the Rammal Award in 2017 and AAAS Science Diplomacy Award in 2019. She is also an honorary member of the Science Academy of Turkey.