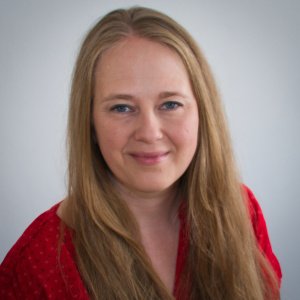 Elke Dall acted as S4D4C’s project coordinator between January 2019 and the end of the project in April 2021. She joined the Centre for Social Innovation (ZSI) in 2003 and represented ZSI in Brussels since February 2018. She studied Sociology at the University of Vienna and has a background in research on networked organisations, quantitative and qualitative evaluation and in the field of S&T and innovation policy analysis. Between 2007 and 2016, she was Head of Unit “Research Policy and Development” and Board Member at ZSI. From October 2016 to February 2018 she acted as Policy Officer with a focus on Stakeholder Engagement at the COST Administration and rejoined ZSI in 2018, taking over the coordination of S4D4C when Alexander Degelsegger, previous project coordinator, left the organisation. She was involved in all parts of the project with a particular focus on the leadership of management, coordination, dissemination and stakeholder engagement. She also focused on quality assurance, enhancing impact and sustainability of results. She contributed to empirical work and transversal analysis as well as the training, co-creation and meeting organisation activities. You can read HERE an interview with her and Tim Flink on the topics of the Berlin networking meeting and one at the project end (HERE), both published as part of S4D4C’s researcher’s voices series. She acts as the first chair of the European Union Science Diplomacy Alliance, launched at the S4D4C final conference. If you want to get in touch with Elke after the end of S4D4C, you can still reach her via contact@s4d4c.eu.