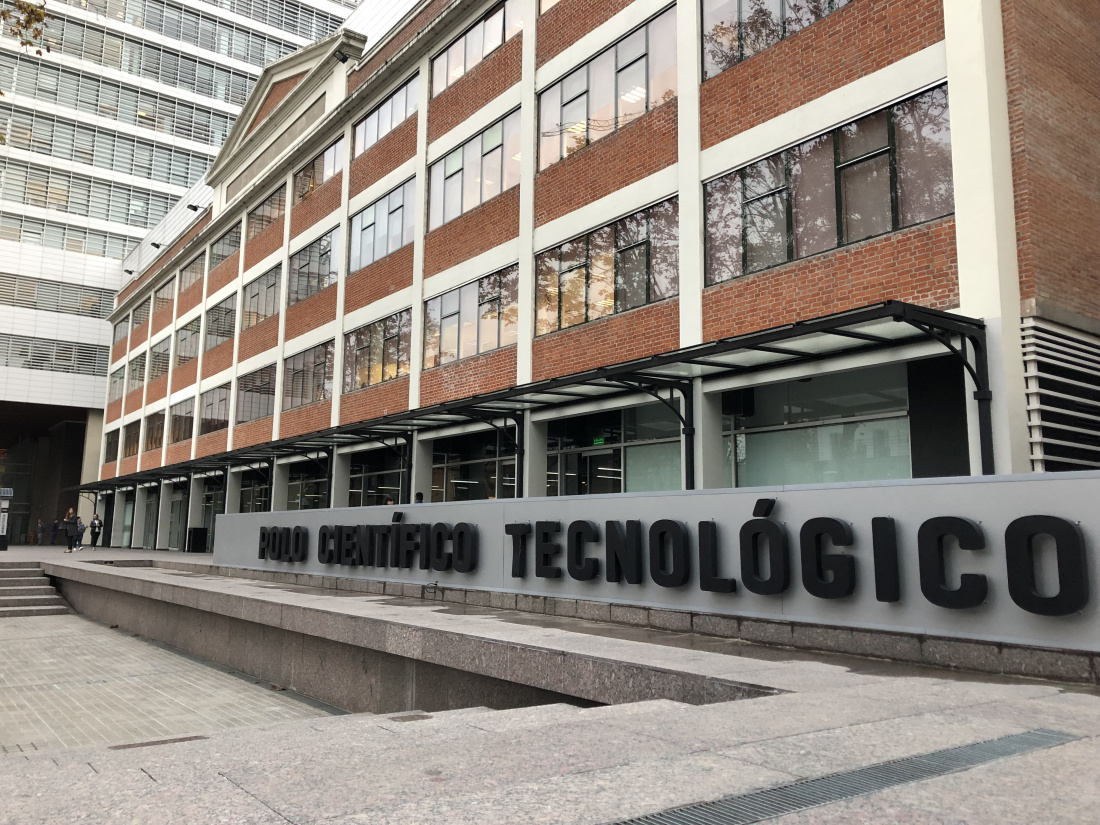 Scientific Diplomacy exchange between Argentina and the EU

Scientific Diplomacy is currently a popular issue in Latin America and the Caribbean (LAC), as illustrated by the recent launch of a national SD strategy of Panama, discussions with Colombian colleagues at the EU-SPRI conference, an initiative by the Argentinian Secretariat of the Government of Science, Technology and Productive Innovation and others. In particular, a workshop on science diplomacy was organised with participation of S4D4C in Buenos Aires on June 6, 2019 as part of a series of events celebrating 20 years of EU-Argentinian cooperation in science and technology (see agenda). In fact, Argentina was the first Latin American country to sign such an agreement with the EU and more recently, in 2015, also concluded a specific agreement with the European Research Council and in 2018 joined a research alliance on the Atlantic. Through a dedicated liaison office, the “Officina ENLACE”, information is circulated and opportunities are well exploited: for example, success rates of Argentinian entities participating in Horizon 2020 are very good (approx. 25%).

The week encompassed discussions on different EU programmes such as Horizon 2020, specific Joint Programming Initiatives that Argentina joined, and EUREKA. Success stories were shared and priorities discussed with researchers and company representatives, such as representatives of local European business chambers. A focus was placed, for example, on cooperation on global health challenges such as micro-biological resistance and experiences were shared also by stakeholders from Bolivia, Brazil, Chile, Paraguay and Uruguay. Joint priorities were discussed on a political level with the European Commission. These include research on artificial intelligence, the Atlantic, space, mobility, security and others.

The high-level interest on the topic of ‘science diplomacy’ was confirmed at the opening of the dedicated workshop through speeches of the Argentinian Secretary of the Government of Science, Technology and Productive Innovation (SGTeIP), PhD. Lino Barañao, the Director of the Foreign Service Institute of the Nation (ISEN), Amb. Fernando Petrella and the Ambassador of the Delegation of the European Union in Argentina, Amb. Aude Maio-Coliche. All three agreed on shared values between the EU and Argentina, and the fact that science plays an important role in the relationship.

Minister Mariano Jordan introduced the objectives of the workshop: to further the debate on science diplomacy and contrast the concepts of the European Union and Argentina. Director for International Cooperation in DG Research and Innovation, Cristina Russo shared her experiences leading EU science diplomacy initiatives: from the Partnership for the Mediterranean to the All Atlantic Initiative, from the EU-CELAC common research area to agreements under MERCOSUR that include specific S&T aspects. She also stated that science diplomacy is to continue under the next financial framework, in the upcoming Horizon Europe (2021-2027) and with the new European Commission that is due to start work in November 2019. One of S4D4C’s case study topics also featured in her presentation: the European leadership to promote open access and the intention of Argentina to join “cOAlition S” / “Plan S”.

PhD. Alejandra Kern of University San Martin provided reflections on the diplomacy of science including an overview of the frameworks, mechanisms, strategies and actors. She highlighted also the S4D4C State-of-the-Art report and discussed the concepts by quoting S4D4C researcher Tim Flink several times during her presentation. The audience contributed with thoughts on the differences between the “two worlds” of science and diplomacy and the search for dialogue. They acknowledged that science is not a-political and neither a panacea. The narratives and instruments of science diplomacy have changed over time and the consolidation of different networks – local, regional and global – was emphasized.

CERN with its institutional commitment to science diplomacy, co-opetition and the golden rule to “stay away from politics” has been discussed as an example. SESAME, another case study object of S4D4C, has also been highlighted in this presentation.

Secretary Guillermo Simunovich from the Argentinian embassy to the European Union based in Brussels and Agustina Velo, who works at SGCTeIP’s EU-liaison office based in Buenos Aires, emphasised the work of national representations abroad and the interactions with the institutions in the home country as well as the different approaches to bilateral and multilateral cooperation. Horizon 2020 projects such as EULAC Focus, which is “giving focus” to the cultural, scientific and social dimension of EU-CELAC relations, as well as S4D4C’s State-of-the-Art report provided inputs to their presentation. The European initiatives in science and research are sometimes rather complex and kafkaesque when experienced from an outside perspective and thus projects and informal networking groups are important sources of information. The overall aim is to find and promote the niches in which Argentina can make a difference in the world.

PhD. Roberto Bouzas, an experienced Argentinian National Contact Point for Horizon 2020, gave a testimonial and illustrated how priorities were translated into a research agenda which is reflected in various work programmes and calls.

The input from the S4D4C project was provided by Elke Dall. She highlighted some results of the survey among science diplomats and the resulting “needs analysis” as well as the translation of the results into a curriculum and training activities. Furthermore, preliminary case study results could be shared, in particular on the asymmetrical awareness in foreign policy driven research topics (such as in the S4D4C food security case study) and the international orchestration supporting open science and open access policies as a European priority (as in the S4D4C open science diplomacy case study).

A dynamic working group session enabled a more informal exchange of views on the dimensions of scientific diplomacy, barriers, challenges and recommendations. 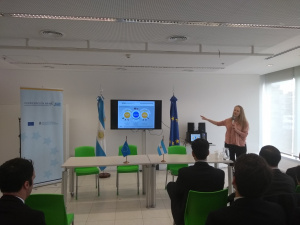