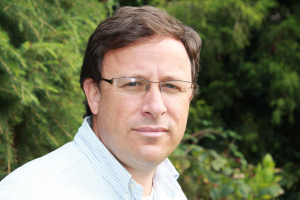 Dr Gonzalo Ordóñez-Matamoros is Professor of Knowledge and Innovation Management and Governance and Director of the Research and Special Projects Centre (CIPE) at the Faculty of Finance, Government and International Relations of the Universidad Externado de Colombia in Bogotá/Colombia. He is also an Assistant Professor at the Faculty of Behavioural, Management and Social Sciences at the University of Twente, The Netherlands; and a Research Associate at the Technology Policy and Assessment Center of the Georgia Institute of Technology in Atlanta. Dr Ordóñez holds a PhD in Public Policy of the Georgia Institute of Technology and the Georgia State University, USA; M.S. (D.E.A.) in International Economics and Economic Development at the Université Paris I Panthéon-Sorbonne; and M.S. (D.E.A.) in International Economic Relations Law at the Université Paris X- Nanterre, France. Since 2010, he has lectured courses on STI policy analysis, design and evaluation methods at both bachelors-, masters- and PhD- levels; and has also participated in several EU funded projects, including Res-Agora (FP7, EU, 2013-2016); VERA (FP7, EU, 2012-2015), RIF (FP7, EU, 2011-2013) and MORE2 (2012-2013), as well as in projects funded by the German DFG (2013-2014) and European Space Agency (2012-2014). He worked as Executive Director of the Colombian Observatory of Science and Technology, as a staff member at COLCIENCIAS, and has served as a consultant to the Inter-American Development Bank, the European Commission, the United Nations Development Program, and to several government agencies. Dr Ordóñez-Matamoros works for S4D4C from Twente and, partly, from the Universidad Externado as a third party, which enabled the project to have a significant outreach in Colombia. Read HERE an interview with him and Stefan Kuhlmann, discussing the development of S4D4C’s science diplomacy governance framework, published as part of S4D4C’s researcher’s voices series.