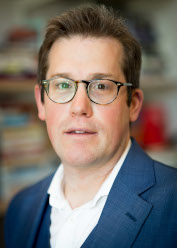 Dr James Wilsdon is a Professor of Research Policy in the Faculty of Social Sciences at the University of Sheffield. He is also Associate Director of the Grantham Centre for Sustainable Futures, and vice-chair of the International Network for Government Science Advice (INGSA). From 2013-2017, he led the UK’s Campaign for Social Science, and from 2014-2015, he chaired an independent government review of the role of metrics in the management of the UK’s research system, published as The Metric Tide. Previously, he worked as Professor of Science and Democracy at the University of Sussex (2011-2015); Director of Science Policy at the Royal Society (2008-2011); Head of Science and Innovation at the think tank Demos (2001-2008); and Senior Research Fellow at Lancaster University’s Institute for Advanced Studies (2006-2008). In 2015, he was elected a Fellow of the Academy of Social Sciences, and he now chairs its Policy Working Group. He is the lead author of the influential 2010 Royal Society report on New Frontiers in Science Diplomacy. In S4D4C, he coordinated the universities’ contribution to the project and contributed to the case study on “Science advice in the European Union: Crafting collective understanding of transnational issues”. Read HERE an interview with him, published as part of S4D4C’s researcher’s voices series.