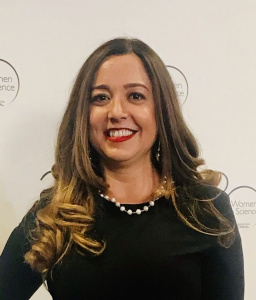 Dr. Marga Gual Soler is an international expert, advisor and educator in science diplomacy. She helps governments, universities, NGOs and international organizations understand and promote the role of science in foreign policy and strengthen their science-policy interfaces. At the Center for Science Diplomacy of the American Association for the Advancement of Science (AAAS), Marga supported the science diplomacy strategies of several European and Latin American countries and was instrumental in helping re-establish the scientific linkages between the United States and Cuba after the diplomatic normalization. She also pioneered innovative science diplomacy education approaches to train young leaders around the world to positively impact their countries and communities. She served on the Research, Innovation, and Science Experts Group (RISE), directly advising European Commissioner Carlos Moedas on the EU science diplomacy strategy and acted as an advisor to the Horizon 2020-European Science Diplomacy Cluster. She has received many recognitions, including “100 Spanish experts in innovation” by Fundación Cotec, “40 Under 40 Latinos in Foreign Policy” by The Huffington Post, and was a Global Competitiveness Leadership Fellow at Georgetown University. In 2019, she participated in the largest-ever all-women expedition to Antarctica to promote women in science diplomacy and climate action. Marga talks about her career path here (recorded June 2020 for shapinghorizons.org). In S4D4C she contributed as a team member of our partner The World Academy of Sciences (TWAS) to several events and the project’s training efforts. You can read HERE an interview with Marga, implemented in the frame of our series of “researcher’s voices”.