On January 21, S4D4C had the chance to present its activities in an event for Italian Members of the European Parliament (MEPs) in Brussels. The event was organised by school4SID, the “School for Science IN decision processes and Diplomacy”, which is an initiative by the National Research Council of Italy (CNR). This initiative focuses on training measures in relation to the complexity of decision making in policy and diplomacy. The importance of taking new approaches was highlighted by MEP Daniela Rondinelli, who opened the event, by illustrating the difficulties of making decisions in a context where the time to understand impacts and interrelations is short. School4SID offers training courses as well as adaptable and scalable educational programmes introducing a new approach to negotiations and decisions. 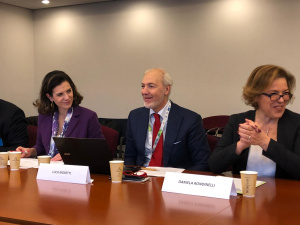 Luca Moretti (CNR) moderated the event which provided a set of recommendations for policy makers based on the multidisciplinarity of CNR researchers. Pier Francesco Moretti (CNR), coordinator of the school4SID, underlined that the difficulty is not in finding a solution, which strongly depends on the context and the assumptions, but rather in defining and framing the problem. This observation was also shared by Laura Macchi, a psychologist who focused her intervention on cognitive biases, and Roberto Natalini, a mathematician who looked for example into how game theory helps to analyse the dilemma of decision making. 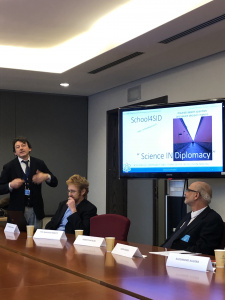 After the introduction of the school4SID methodologies and an invitation to apply for the next edition of the course offered to MEPs (a pilot course was implemented in 2019, when international representatives from the diplomatic community and stakeholders in multilateral negotiations were involved), several stakeholders reflected on the approach during a roundtable discussion. Alessandro Allegra (University College London) started by highlighting the importance of scientific advice, that would systematically provide a holistic perspective to decision makers while respecting their autonomy, such as advice coming from the Joint Research Centre for the European Commission, from STOA (for the European Parliament), from POST (for the UK Parliament) and in general from “Science in Parliament” initiatives. Cristina Russo (European Commission, DG Research and Innovation) started by recalling many years of experience that the EC has in “science diplomacy in action”. In one of her examples, she referred to the PRIMA partnership, for which international scientific agreements had been concluded despite of political tensions. The importance of diplomacy (as well as science) in climate and environmental issues is well acknowledged and the von-der-Leyen-Commission is further strengthening the international perspective. 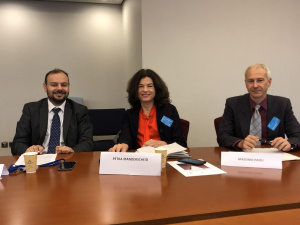 The perspective of an EU Member State was illustrated by Omar John Cutajar from the Permanent Representation of Malta. Malta is a small country, but with a strategic position in some issues (e.g. the high-level policy dialogue with Africa). He emphasised the need for priority setting and impact assessments. Petra Manderscheid (JPI Climate) recalled how, for example in the area of climate change, diplomacy is needed in particular at the beginning when discussions start.

S4D4C’s stance in the discussion was drawing from an intervention by Max Paoli (The World Academy of Sciences), who mentioned the project’s case studies contextualising different perspectives of internationalisation and the project’s approach to use the evidence generated in training activities. Using scientific methods allows decision makers to distance themselves from beliefs, and such an approach is a useful perspective, which provides added value. Global challenges increasingly demonstrate that decision making, that is dominated by search for unlimited economic growth, comes at a cost. The scientific method points towards the precautionary principle, the circular economy, and the importance to reduce inequalities, etc. 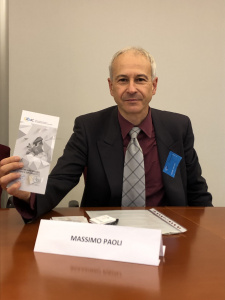 The present Italian MEPs further stressed issues of biases and gaps in the communication between policy and science, the consideration of socio-economic and labour market issues over environmental problems, or short-term thinking and difficulties when it comes to taking into account all aspects of a problem at hand. They agreed that the understanding of fundamental methods for formulating problems and negotiating possible solutions are of high importance.