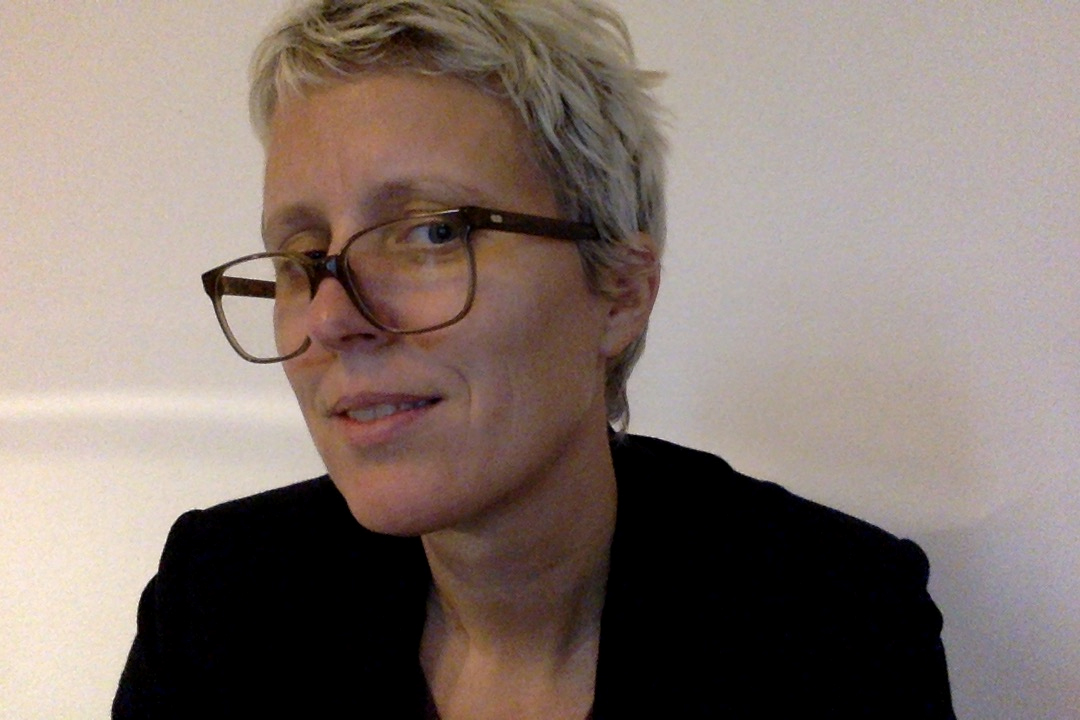 On the occasion of the World Science Day for Peace and Development, November 10, which is dedicated in 2019 to the theme of Open Science (see information provided by UNESCO in relation to the topic here) we introduce Katja Mayer (Centre for Social Innovation, ZSI) who describes Open Science Diplomacy in one of the S4D4C case studies.

Katja answers a few questions in relation to Open Science – which, according to her, is the idea that scientific knowledge of all kinds should be openly shared as early as is practical in the research process. It is also an international movement, active since more than 25 years, advocating Open Access to scholarly publications and data, Open Methods and Open Source, Open Education, Open Evaluation, and Citizen Science. These aspects of Open Science are in some way or another dependent on dedicated infrastructures, relevant measures for assessment and specific skill sets. The focus is on sharing and international collaboration, transparency, reproducibility, re-usability, innovation and societal participation.

Katja: When the European Commission introduced its 3 O research and innovation strategy back in 2015 – open science, open innovation, open to the world – science diplomacy was integrated and an important constituent of the strategy. We wanted to know if by 2018-2019 the strategy has already been implemented, with concrete measures and the cooperation of science and diplomacy actors. Furthermore, how the strategy has manifested in international discourse on Open Science.

In this case we look how open science is organized internationally and what foreign policy dimensions are relevant, respectively untapped as the implementation of Open Science needs international coordination and cooperation ergo extensive negotiations, networking, and institutionalization. We have already seen how for example Latin American countries cooperated to successfully create a sustainable open access infrastructure.

How did you design your research around the case? What kind of stakeholders did you interview?

Katja: I have been observing the Open Science policy arena for quite some time now, so a lot of these experiences are built into the case study. We started from a constructed, hypothetical term: open science diplomacy, to find out what it is and WHAT IT COULD BE. Collecting all kinds of data where OS is already a topic in foreign relation related discourses and international cooperation. Think about emergencies such as pandemics or earthquakes. Then we reached out to many people active in the international open science arena, to conduct indepth interviews. It was not easy to get interview partners, as many simply were too busy, and other were reluctant to see their work in the light of diplomacy. However, in the end 23 individuals agreed to participate. Interview partners come from public administration, scientific management and research, grassroots movements, libraries, NGOs. We also highlight the outside perspective from Argentina, India, Moldova among others.

What are your main findings regarding the science diplomacy dimension of Open Science?

Katja: European Open Science priorities are seen internationally rather positively, commitments and partnerships are increasing, implementation is still cautious. We have seen that Open Science is rarely on the diplomatic agenda, and on the other hand science diplomacy is only marginally used for international orchestration and coordination, even though advocates would welcome the involvement of foreign policy actors in international policy alignment procedures. Most importantly, we have seen that pressing issues, like the harmonization of standards and legal frameworks for the exchange of data (‘data diplomacy’), as well as new opportunities for innovation have not yet been discussed. Moreover, the rare instances of involvement of diplomatic institutions has mostly been triggered by local advocates, and is often not sustainable.

What are, in your opinion, the main difficulties for a more integrated science diplomacy approach to open science?

Katja: There is a broad lack of understanding on both sides, and “diplomacy” often has a slightly negative connotation to some people.
Firstly, awareness that Open Science is an important factor of social-, environmental-, and economic innovation and NOT in opposition to the creation of value is still lacking. Furthermore, actors need to understand how Open Science is becoming a fundamental principle for international scientific cooperation to tackle the grand challenges.
And secondly, there is not enough training that shows the richness of diplomatic practices and their added value to international research management. Training scientists and science management in “diplomatic” practices for international coordination efforts and supporting them with foreign policy and legal expertise would help.

What would be your main recommendations for a more relevant presence of Open Science in science diplomacy and to whom would you issue these recommendations?

Katja: From our case study there result three main recommendations:

Thanks to Katja for the information and we recommend also to take a look a the output brief of the case study Open Science Diplomacy which was presented and discussed at the S4D4C networking meeting in Berlin last month.