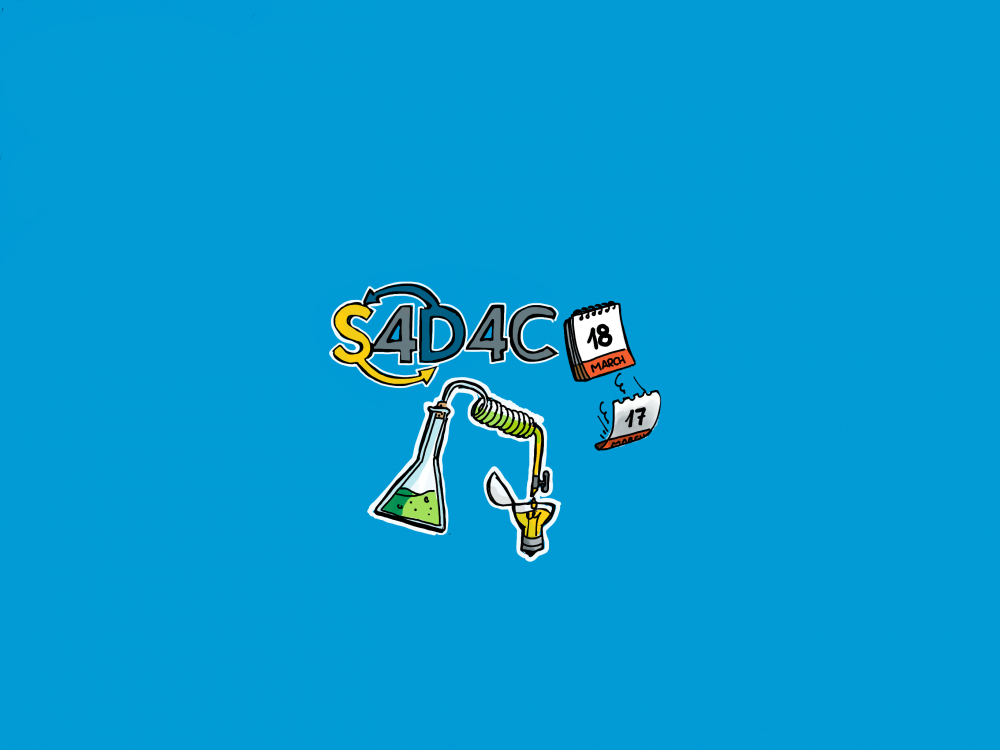 On the fourth day of our #SciDipNet2021 conference, we shared our breakfast with Jan Marco Müller, Science and Technology Advisor at the European External Action Service who presented some of his lessons learnt and discussed with the audience. The discussion was moderated by Peter McGrath, Coordinator of the Science Policy/Science Diplomacy Programme at The World Academy of Science (TWAS) and finished at 10.00.

Peter Agre walked us through his career and told stories of how often science played a role in bringing countries together and how it is never separated from the diplomatic context of a country. He shared with the audience the experiences he had working in several countries.

He ended his presentation on this note: The friendship made with other scientists around the world is one of the most rewarding experience that a career in science can offer. 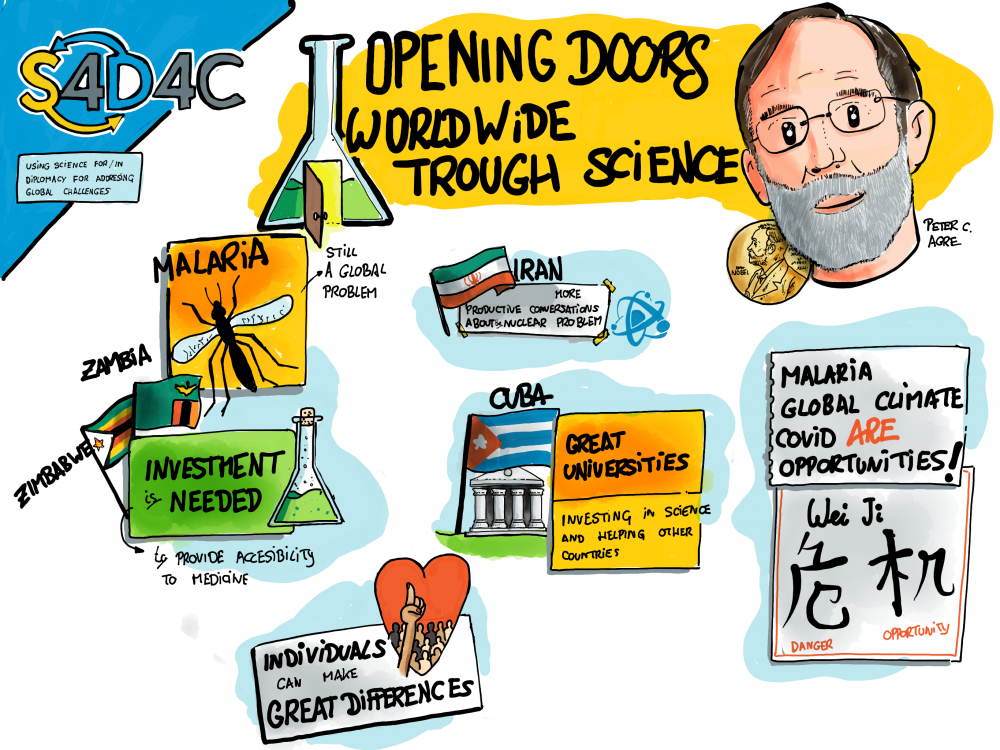 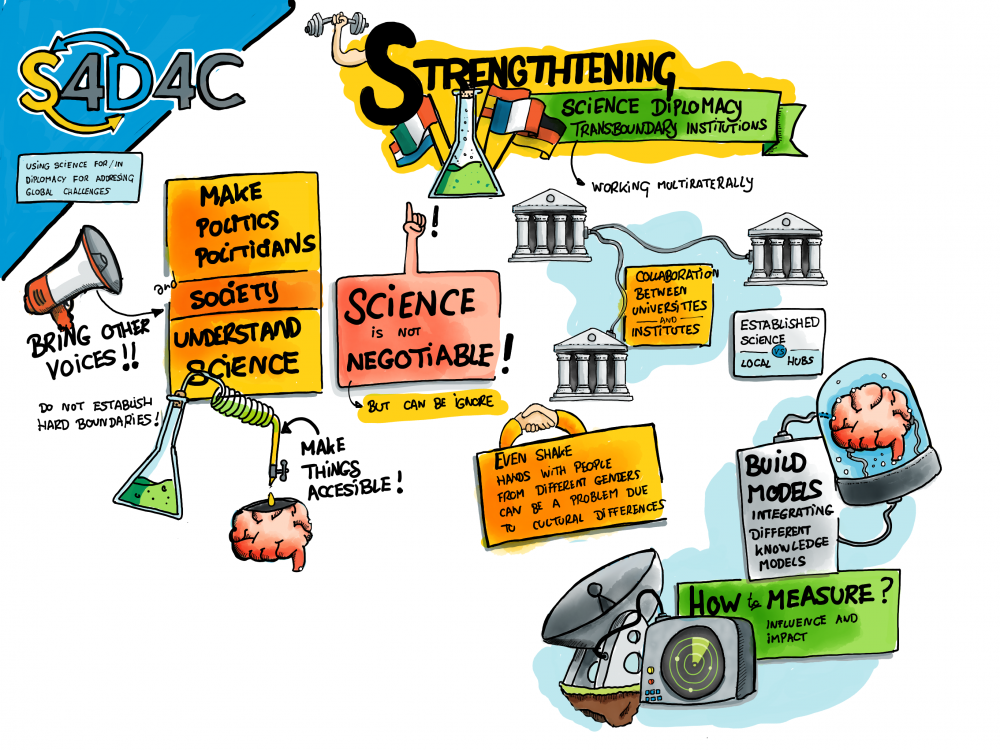 Then we put “S4D4C ON THE SPOTLIGHT” with a focus on “Training the Next Generation of Science Diplomats and Providing Opportunities for Boundary Organisations”. Susanne Keppler-Schlesinger, our S4D4C partner at the Diplomatische Akademie Wien – Vienna School of International Studies discussed with Maria Josten, German Aerospace Center/ Project Management Agency (DLR-PT) and Izaskun Lacunza, Spanish Foundation for Science and Technology (FECYT).

Here are a few takeaways: 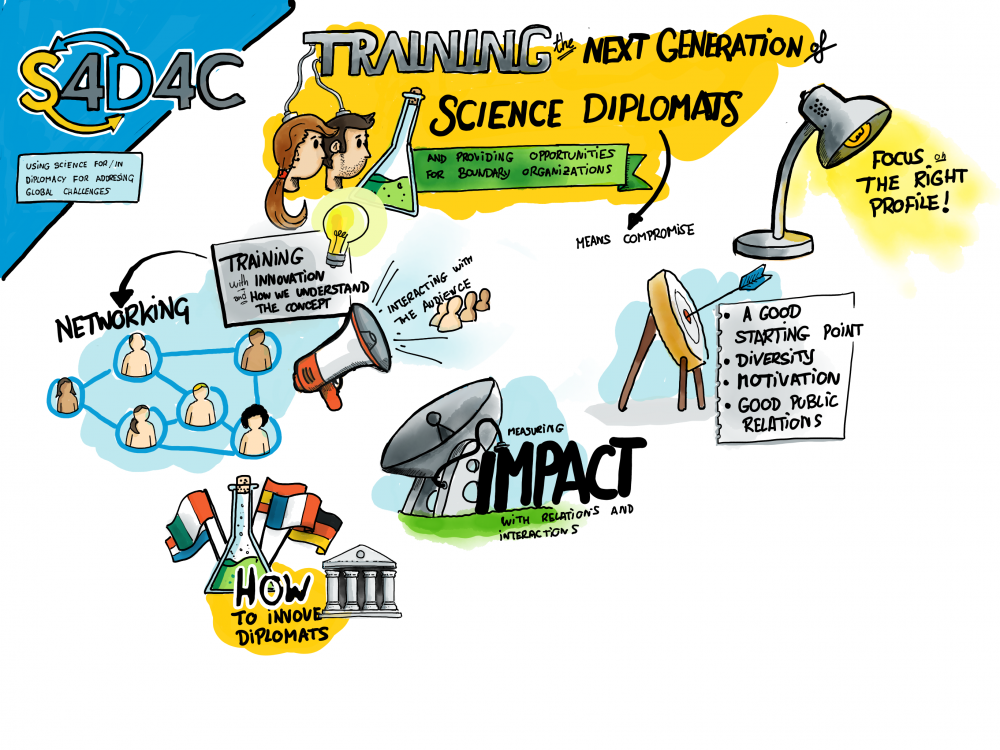 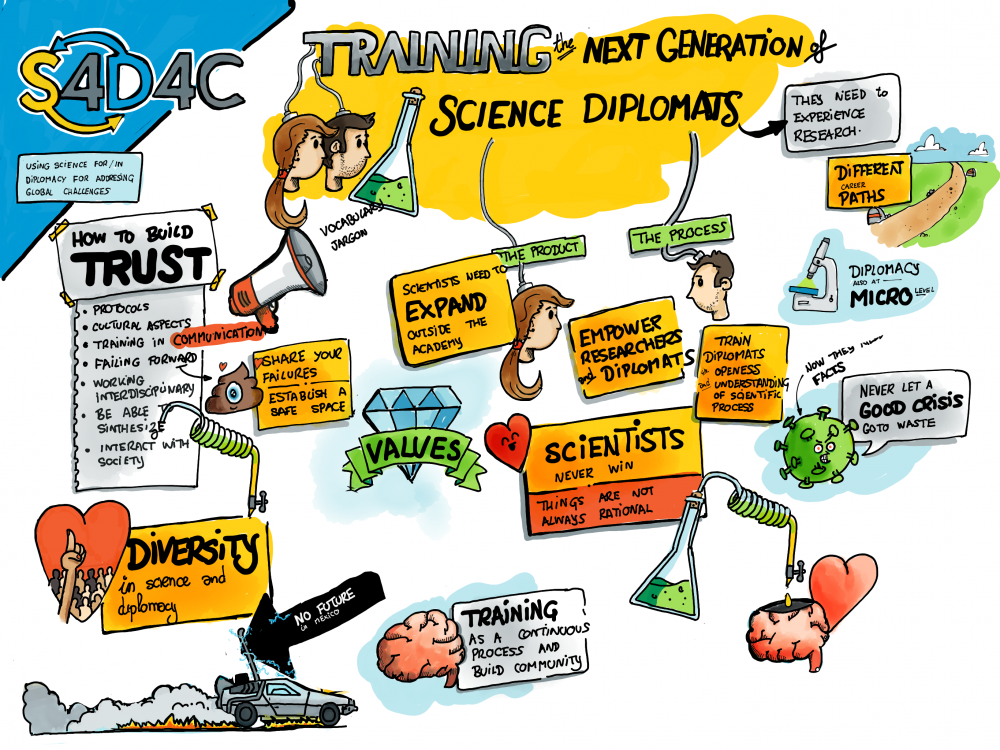 We then moved to a high-paced “flash talk” format, chaired by Elke Dall, Centre for Social Innovation. Based on an open call, the following speakers were selected to provide 5-minute Science Diplomacy Community Flash Talks (S4D4C_FinalMeeting_Flashtalks):

At 17.30 we relaxed together for an hour of organised networking animated by Maria Gual Soler, Scidipglobal and Maddalena J. Lamura, Centre for Social Innovation (ZSI) ending the day at 18.30.