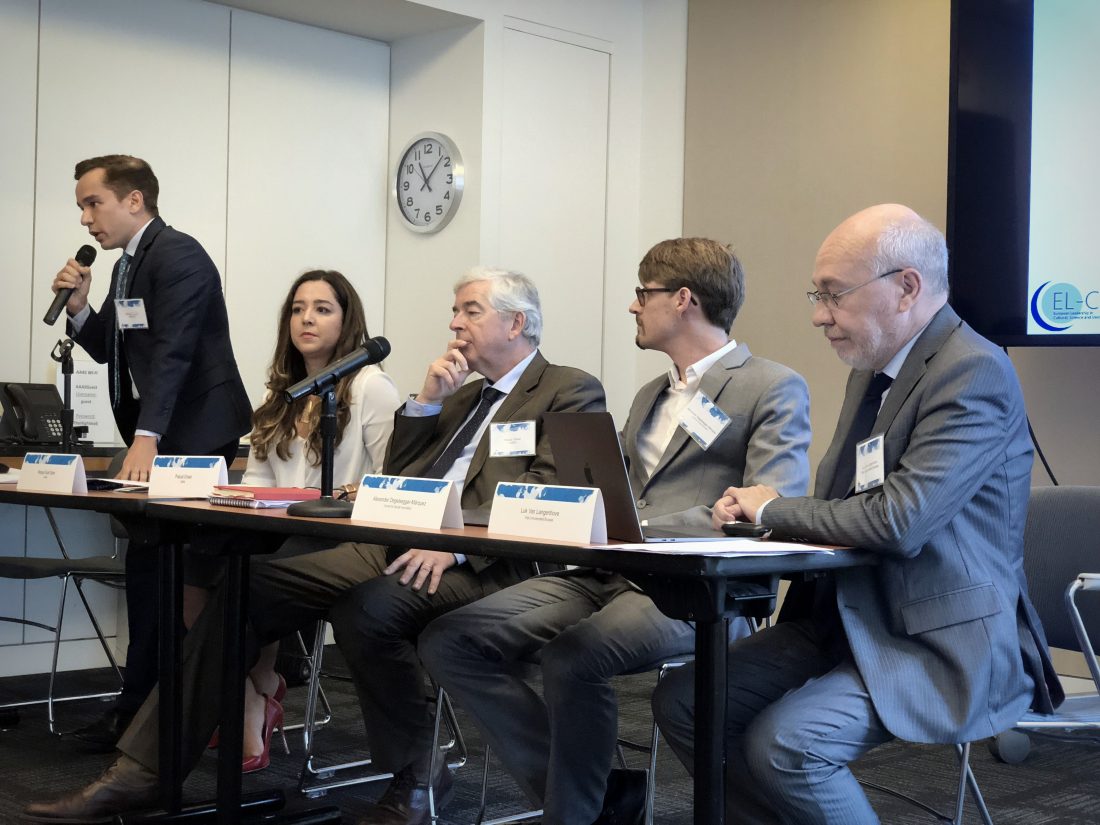 On 14 September, the global science diplomacy community gathered at the headquarters of the American Association for the Advancement of Science (AAAS) for the “Science Diplomacy 2018” conference and the 10th anniversary celebrations of the AAAS Center for Science Diplomacy. The event featured sessions on policy advice mechanisms, the changing role of diplomacy, mega-science projects and the role of science, technology and innovation in peace, security and power. Among the speakers were AAAS leaders, science and foreign policy makers, science advisors as well as eminent scientists including Nobel Prize Laureate Barry Barish (LIGO).

Together with the EL-CSID and InsSciDE projects, S4D4C contributed to a session on “A New Horizon in EU Science Diplomacy”. ZSI’s Alexander Degelsegger-Márquez, S4D4C coordinator, presented selected results from a global survey where practitioners were consulted at the science and foreign policy interface about their work, challenges and needs. Among other things, Alexander pointed to the strong demand for soft skills-related training, the continuing role of offline networks, and for the need to more systematically use widespread forms of science advice work. Alexander also gave a first glimpse of our notion of a meta-governance framework for EU science diplomacy. Alexander’s presentation is available here.

The lively discussion following the inputs from the speakers circled around the challenging proliferation of a variety of diplomacies as well as around the question of practicing science diplomacy against adverse political circumstances.