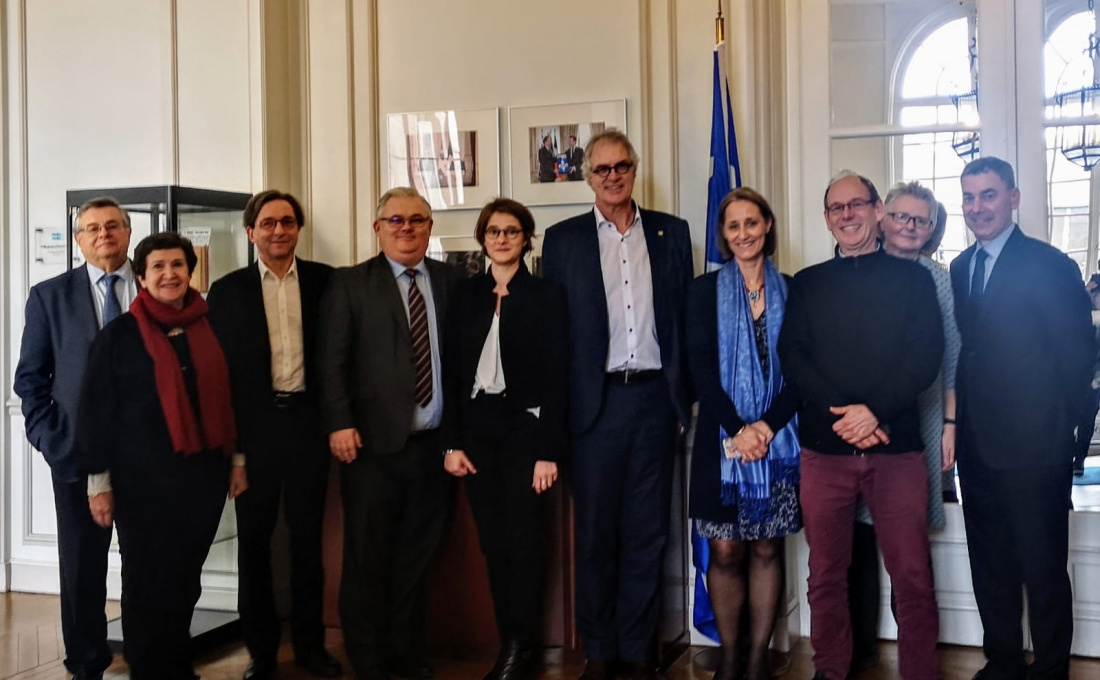 On 25th and 26th of November, Pauline Ravinet (Université de Lille, S4D4C partner) and Pierre-Bruno Ruffini (Université du Havre, InsSciDE) took part in an expert workshop on « La diplomatie académique francophone », which was organised by the Western Europe directorate of the Agence universitaire de la francophonie (AUF) and hosted by the General Delegation of Québec in Paris.

The province of Québec in Canada is a key player in Francophonie, and science diplomacy issues are very timely in the public debate in Québec at the moment (see for example the recent special issue on science diplomacy of Le Devoir issued on November 2, 2019).

Upon invitation of the AUF, this working group on « La diplomatie académique francophone » was created a few months ago. The current workshop, involving the group, is already the second, after a first in April 2019. It gathered experts from the world of diplomacy (actual and former diplomats and science diplomats) and from the world of academia (universities, international associations and networks of universities such as the AUF, the International Association of Universities, the European University Association and the Network of Universities from the capitals of Europe). During the two days in Paris, the group discussed important issues for the future of knowledge and science diplomacy: The need to promote plurilinguism in knowledge diplomacy in a context in which mainstream science diplomacy debates are most often taking place in English, the role of fundamental academic values and scientific ethical norms in knowledge diplomacy, or the need to emphasize the contribution of universities and higher education to knowledge diplomacy.

In the discussion on defining the “diplomatie académique francophone” and thinking about its translation into concrete actions, Pauline and Pierre-Bruno brought together insights from both EU-funded science diplomacy projects S4D4C and InsSciDE (which, together also with the EL-CSID project, form the European Science Diplomacy Cluster).