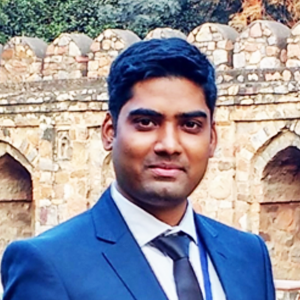 For our third stakeholder voice, we contacted B. Chagun Basha, who is currently a visiting scholar at the Department of Science and Technology (Government of India)–Centre for Policy Research (DST-CPR) at the Indian Institute for Science in Bangalore. The DST-CPR is an associated partner of S4D4C. Chagun also recently took up a position within the Office of the Principal Scientific Adviser to the Government of India, where, among other activities, he plays a coordinating role in drafting the new national Science, Technology and Innovation Policy 2020 (STIP2020) for India.

The STIP2020 will be India’s 5th national Science, Technology and Innovation policy since independence of the country in 1947 (an article on India’s STI policy evolution, co-authored by Chagun, can be read here). The DST-Centre for Policy Research at the Indian Institute of Science, which has its own Science Diplomacy research team, is a knowledge partner in the STIP2020 formulation process.

After some administrative preparations that took place across the involved stakeholders over the past few weeks, the national consultation process for drafting the STIP2020 will be launched now soon.

We used the opportunity to talk to Chagun in view of this exciting exercise for India’s STI community, his personal role, and inquired a bit more about the place given to Science Diplomacy in the new STIP2020.

Could you please introduce yourself including your background and your current position at the DST-CPR as well as with the Office of the Principal Scientific Adviser to the Government of India in relation to Science Diplomacy?

Until end of January 2020, I was full time with the DST-Centre for Policy Research at the Indian Institute of Science Bangalore – the centre where I officially started my transition from science to policy, after having finished my PhD and a short postdoctoral research experience in space electronics. I still enjoy my affiliation with the DST-CPR as a visiting scholar – this helps in continuing the academic activities related to STI policy and diplomacy.

Now I am in a full-time position with the Office of the Principal Scientific Adviser to the Government of India as a Senior Technical Specialist. This is an exciting opportunity as I get to have hands-on experience with policy actions. My work profile in this position is organised broadly in three verticals: Data, Policy and Diplomacy.

What is your shortest possible definition of Science Diplomacy?

Well, there are quite a few definitions and taxonomies for Science Diplomacy. Although contradicting with each other, some definitions make absolute sense when looked through a suitable case example.

In my thoughts, a less ambiguous and short possible definition of Science Diplomacy is “a track/action of diplomacy which has a scientific component in it”

Certainly not – at least, not yet.

According to me, a science diplomat is someone who works towards delivering both scientific as well as diplomatic goals. Conventionally – historically, and even today – this role is primarily performed by formal diplomats such as S&T attachés.

India is preparing its 5th national Science, Technology and Innovation policy, the so called “STIP2020”. In  your current role you are closely dealing with the STIP2020. Can you tell us briefly about the specific aims of this policy and your personal responsibilities?

As you might have guessed already from the scale and scope of the Indian STI ecosystem, this policy process is going to be a massive exercise. We have started the background preparations for the STIP 2020 quite some time ago. The Department of Science and Technology and the Office of Principal Scientific Adviser to the Government of India jointly spearhead this policy process. Along with my colleagues in DST, I am playing an overall coordinating role in the policy process. I must say, this is a very enriching experience to take part in an exercise of this magnitude. One of the main aims is to make this policy more inclusive by involving all the stakeholders right from the policy development stage.

The whole process is organised into 4 tracks: (1) An extensive public and expert consultation process, (2) 20+ thematic working groups to feed evidence-based recommendations into the policy drafting process, (3) Inter-ministerial and Inter-state consultations, and (4) An apex level multi-stakeholder consultation committee chaired by our Principal Scientific Adviser, Prof. K. VijayRaghavan, to finalise the policy. 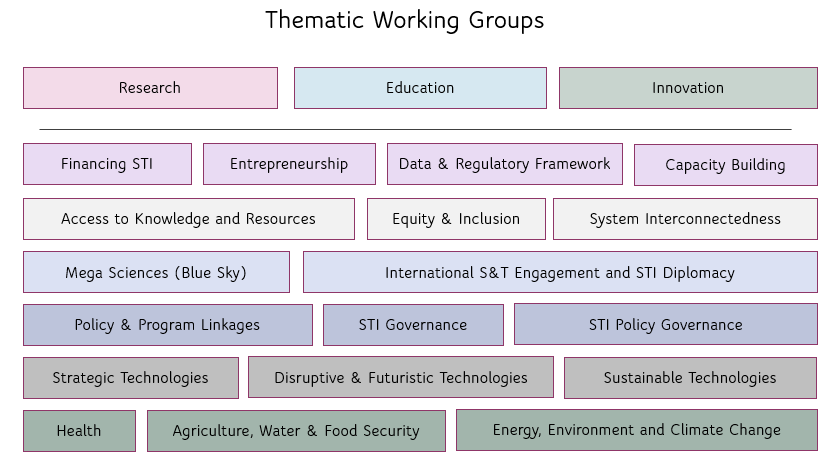 20+ thematic working groups are formed to provide inputs to the policy formulation process. For the first time there is a dedicated working group on “International S&T Engagement and STI Diplomacy”. Is this an example of the growing interest in Science Diplomacy in India and globally?

There is no doubt that the interest in STI Diplomacy is growing, not just in India but globally. Although there was a mention of Science Diplomacy in our previous STI policy [2013], this is the first time there is a dedicated effort to go deeper into this arena. This is because of the growing realisation among stakeholders that there is a huge untapped potential in STI Diplomacy.

What is the thematic scope of the working group on STI Diplomacy? Which areas will be covered?

This particular thematic group aims to cover areas such as

For our readers it is essential to understand some of the recent dynamics in the Indian STI landscape. Compared to the consultation process for the STIP2013, who were the leading actors behind the policy back then and who is at the helm of formulating the new policy right now?

In my understanding, in both STIP 2013 and STIP 2020,  “people” are at the core of the policy process. However, administratively and logistically speaking, during STIP 2013 there were ~4500 consultation inputs taken into the policy process. In STIP 2020, we aim to get substantially more consultation inputs using digital means. Also, building on the experiences from STIP 2013, we aim to bring stakeholders on board well before the preparation of the 1st draft of the policy document.

Drawing on your mentioned professional involvements and your personal observations, what potential do you attribute to Science Diplomacy when it comes to support the full leverage of India’s STI capacities?

Particularly, for India, due to the unique global position it has in terms of technological capability, geo-political orientation and human resource potentials, STI Diplomacy has a lot to offer if exercised appropriately and strategically. For example, in terms of scientific diaspora, India enjoys a very privileged position in a global comparison. A well thought-through STI Diplomacy strategy can help in leveraging on the potentials of this critical human capital. Likewise, there are many avenues where STI Diplomacy can be used as a viable tool to boost India’s STI capabilities.

What are the core features of the science diplomacy discourse in India compared to international debates?

When scholarly engagements and interventions started coming in Science Diplomacy, the initial voices were primarily from the US and “soft power” was (and is) echoing as its core feature. However, in my opinion, the science diplomacy discourse in India, for that matter in any other country with similar characteristics as well, is more towards addressing common socio-economic challenges.

What is your assessment on tackling the current Covid-19 pandemic in terms of transnational scientific exchange and coordination, so to say a “core characteristic of Science Diplomacy”?

This is a tricky question – I would like to be as honest as possible in answering this and the answer is purely my personal opinion. This pandemic is helping us to identify the weak spots in our transnational governance systems. On the bilateral level, there are some remarkable examples where cross-border scientific exchange and coordination is moving forward with good progress. However, the concern is, pandemics like this, at such extraordinary magnitude, need global efforts – collectively strategised and delivered. The issue is becoming more and more complex with every passing day and now it has become a grand multi-dimensional problem, affecting public health systems, economic systems and the geopolitical system at the same time. Without getting into the debate on the existing multilateral platforms being not fair, neutral and transparent, I would just like to say that multilateralism is an important vehicle of STI Diplomacy, which, in turn, is an important tool to address such multi-dimensional problems. The bottom line is: We lack a robust global institutional setup/framework to exercise STI Diplomacy, particularly during such crisis.

The DST-CPR is an associate partner of S4D4C. How, do you think, did this cooperation evolve so far?

Starting from my first meeting with Alex (E.N: Alexander Degelsegger-Márquez, former project coordinator of S4D4C) in Vienna in June 2018, through the Madrid networking event and till today, this has been a very heartening partnership. There are a lot of avenues in this field for us to explore together – I am looking forward to even closer and frequent engagements in the next time to come!

Thank you for talking to us Chagun!

This interview was done in the form of a written email exchange in April 2020.

Chagun’s profile can be found in the Madrid speakers’ corner.

As mentioned by Chagun in the interview, he was a speaker at our first networking meeting in Madrid in December 2018. Find below two videos which were recorded with Chagun in Madrid.

For the website-category “stakeholder’s voices”, S4D4C invites selected experts in the field of science diplomacy and foreign policy to share their insights and knowledge with our readers. The interviews published here resemble the “researcher’s voices” where we feature S4D4C team-members and their views on science diplomacy and the project. With the “stakeholder’s voices” we also show the views of experts who are not directly involved in the project.