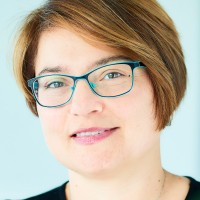 For this stakeholder’s voice, we asked Katalin Alföldi, Policy Officer with a portfolio on international cooperation at the COST Association – one of Europe’s longest-running funding instrument supporting scientific networks. The COST president Paolo Ferrao participated in the closing round panel discussion at the S4D4C final conference (see here) and Katalin participated in a “Breakfast Session”. As the later session was not recorded, we aim to document some of the key aspects of the role of COST in the science diplomacy interface by interviewing Katalin for this blog. For those who are interested in what COST generally is, we recommend visiting www.cost.eu and in particular about COST and Science Diplomacy: Shaping and informing global action – COST puts science diplomacy in practice every day | COST as well as The potential of COST networks for Science Diplomacy | COST.

Katalin, as a policy officer in the COST Association for international cooperation, do you consider yourself a science diplomat? Can you describe your job a bit for our audience?

It might be difficult to answer with a clear yes or no to the question on science diplomat. If I look at my job description or task list, science diplomacy is not mentioned. Further to that, I do not work for a diplomatic body or represent a given country.

On the other hand, what I am doing has a lot of elements of diplomacy and strongly includes working with scientists and researchers too. It is a work of connecting the dots, matching research potential and results with policymaking. In my view, it could easily qualify for being a science diplomat in the broader sense of the term.

My daily job involves liaising with international partners and organising bilateral or multilateral meetings between their high-level representatives and the COST Association’s leaders. The partners are coming from outside Europe and are in most cases also representatives of their countries. Further to that, I carry out tasks linked to COST Global Networking. These include information provision and awareness raising about the COST Programme, understanding the participation patterns from the international partners in the COST Actions and acting in a way that further enables them to join the COST networks. For this purpose, we reach out to the Action participants and their countries, organise events to be able to discuss with them. The results of these are then fed back to the COST member countries and used in discussions with colleagues from the European institutions.

On the occasion of the conference, you said that “COST builds trust and provides the necessary safety allowing to fail and offering to restart in a low-risk and secure way, creating a fertile breeding ground for the development of much-needed new ideas, approaches and solutions”. Can you explain with a few more details how the COST Programme works in particular in terms of the inclusion of scientists and policymakers in the COST Actions?

COST is one of the longest-running multilateral endeavours in Europe addressing challenges in a multilateral/ intergovernmental approach. COST stands for European Cooperation in Science and Technology and its core business is to enable the creation of research and innovation networks, called COST Actions.

The COST Programme has been nourishing the open and inclusive networks of excellence in all scientific domains and has established itself as a platform where people and ideas can grow and establish long-lasting global connections. Its Actions reach out to a multi-stakeholder community, often involving the private sector, policymakers and civil society. They are the instruments supporting collaboration on a wide variety of topics, which are often multidisciplinary to advance science and innovation further.

It is possible to join ongoing Actions, which therefore keep expanding over the funding period of four years.

The COST Actions are given a financial envelope in order to organise networking activities enabling them to share their knowledge, know-how, and resources.

Of course, their benefit is far more further reaching than financing, as that is limited and only cover the costs of networking (travel, accommodation, subsistence, some costs of meeting organisation). The additional benefits are multifaceted and include (among others)

And how open are the Programme and the Actions that are implemented in terms of global cooperation?

COST Actions have a strong advantage in that their membership can continuously be extended. New partners can join with whom work could be carried out on ascertained mutual benefit. The partners could be experts from the same or related field of research or from any other background relevant to the objectives of the Actions. They can come from any career group or from any country. This feature of the COST Actions has been contributing decisively to the internationalisation process of research and innovation.

The COST Actions all have the seeds of multilateralism that could be further nurtured to support globally coordinated responses and get back or maintain international cooperation efforts to address global challenges like climate change or COVID-19.

It is worthwhile to note that networks and platforms could transfer important messages, can identify missing knowledge and expertise. These are mechanisms that can bridge science with governance and decision-makers. The current global situation puts the world to the test, its complexity requires an out-of-the-box approach, which transcends scientific disciplines, actors and regions. The density of challenges asks for easy-to-use, simple-to-adapt and flexible mechanisms that can be reinforced on a demand-driven but also on a need-driven way.

Furthermore, these mechanisms build trust and provide the necessary safety allowing to fail and offering to restart in a low-risk and secure way, creating a fertile breeding ground for the development of much-needed new ideas, approaches and solutions.

We also learned from Paulo Ferrao, the COST President, about a COST Global networking survey conducted in autumn 2020, assessing how science diplomacy was perceived by participants and that indeed the majority of respondents agreed that COST served as a platform for science diplomacy. What are the key features as perceived by the community?

The COST Global networking survey, conducted in 2020, was asking how science diplomacy was perceived by participants coming from countries beyond those that are members of COST. The majority of respondents indeed agreed that COST served as a platform for science diplomacy. They mentioned examples like

In COST’s efforts in promoting science diplomacy, there are different networks whose topic fits and contributes to it. These are the ones with strong regional relevance, those addressing global challenges or focusing on academic aspects of foreign affairs. Here are a few examples:

There is the European Non-Territorial Autonomy Network (CA18114) examining the concept of non-territorial autonomy, i.e. NTA, focusing on NTA arrangements for reducing inter-ethnic tensions within a state and on the accommodation of the needs of different communities while preventing calls to separate statehood.

Another example looks directly at China (CA18215) with the aim to pool current research on China’s deepening economic engagements with Europe and to comprehend the likely political and geopolitical consequences as well as to generate input on the policy implications.

Further to those, an Action on European foreign policy (CA17119) is working to improve our understanding in light of the new realities, focusing on perceptions, communication and contestation.

There are also those networks whose topics are not linked to science diplomacy, but the collaboration built and the cooperation established are relating to researchers from countries whose state-level cooperation is difficult or enable experts from outside of Europe to become trusted partners in their field.

Here it is worth mentioning that COST is proud that there are already acknowledgements concerning the Programme’s potential in the context of science diplomacy, such as through the Science Diplomacy Task Force of the Strategic Forum on International Cooperation, the S4D4C project online knowledge resources or the collaboration with the InsScide project for its 2020 Warsaw Science Diplomacy School as well as its webinar “The Researchers and research institutes: Shaping and informing global action through diplomacy” held September 2020, focusing on how the research community spurred into action when the pandemic hit, building interdisciplinary networks across borders.

We have heard also about science diplomacy training activities that COST will engage in. What is the plan and to whom will this be made available?

COST is dedicated to further explore its contribution to science diplomacy as a topic and offer the COST Actions as platforms for this purpose. It can happen either as a not intended but existing added value stemming out of the collaboration or as a clear research topic to be focusing on. In this context and to allow COST Action participants to extend and deepen their knowledge, it is in the planning to design and offer training on science diplomacy to COST Action participants in the near future.

Additionally, COST is continuing its engagements that have been providing a strong basis for science diplomacy:

What is your definition of science diplomacy?

There are two ways to approach science diplomacy. First, it is explicit, you know what you do is science diplomacy as a diplomat or as a representative of a country in an international organisation. The other way is less visible, when it is done without being named or labelled as such. In the latter case, it is part of an ongoing activity, process such as research cooperation maintained or built, a negotiation, etc.

The mission of the COST Programme is to “provide networking opportunities for researchers and innovators in order to strengthen Europe’s capacity to address scientific, technological and societal challenges.”  Having said that, COST can be identified with the second approach and understand some of its characteristics that make it a perfect tool for science diplomacy.

Openness and inclusiveness are those necessary characteristics that allow them to become a good platform for science diplomacy. Being open, i.e. welcoming new partners during the lifetime of the Action and inclusive, by welcoming partners from all fields and background relevant allows to build long-standing and trusted relation. The main criterion for collaboration is mutual benefit. The COST Programme is operated by the COST Association, an intergovernmental organisation having 38 members including Turkey and the countries of the Western Balkans, having Israel as a cooperating state and South Africa as a partner member. COST also has close cooperation with its Near Neighbour Countries, abbreviated NNC, and has established a network of COST NNC National Correspondents. NNCs include Algeria, Armenia, Azerbaijan, Belarus, Egypt, Georgia, Jordan, Kosovo*, Lebanon, Libya, Morocco, Palestine**, Russia, Syria, Tunisia, and Ukraine [note from the S4D4C editor: and for diplomacy reasons, please see the * and ** below 🙂].

For science diplomacy to work, it needs to build or use existing cooperation or to have the potential that those could be realised.

When COST was being created, in 1971, the European community consisted of much fewer member countries and Europe did not have its own research policy yet.  COST allowed cooperation going beyond the community and a decade later it was opening its doors for the Eastern European countries.

“By asserting its desire to open the door to Eastern European countries, COST cooperation would embark on a new phase of its existence by taking up an unprecedented challenge. By doing so it would give a concrete demonstration of the fact that its operating flexibility goes hand-in-hand with dynamism and a willingness to experiment.” was said in a review of COST cooperation since its beginnings published in 1988. The Eastern European countries started to become COST members in the 1980s and continued their cooperation via COST until and beyond their full access to the European Union clearly showing COST capacity for science diplomacy from its early stages.

* This designation is without prejudice to positions on status and is in line with UNSCR 1244/1999 and the ICJ Opinion on the Kosovo declaration of independence.

** This designation shall not be construed as recognition of a State of Palestine and is without prejudice to the individual positions of the Member States on this issue.