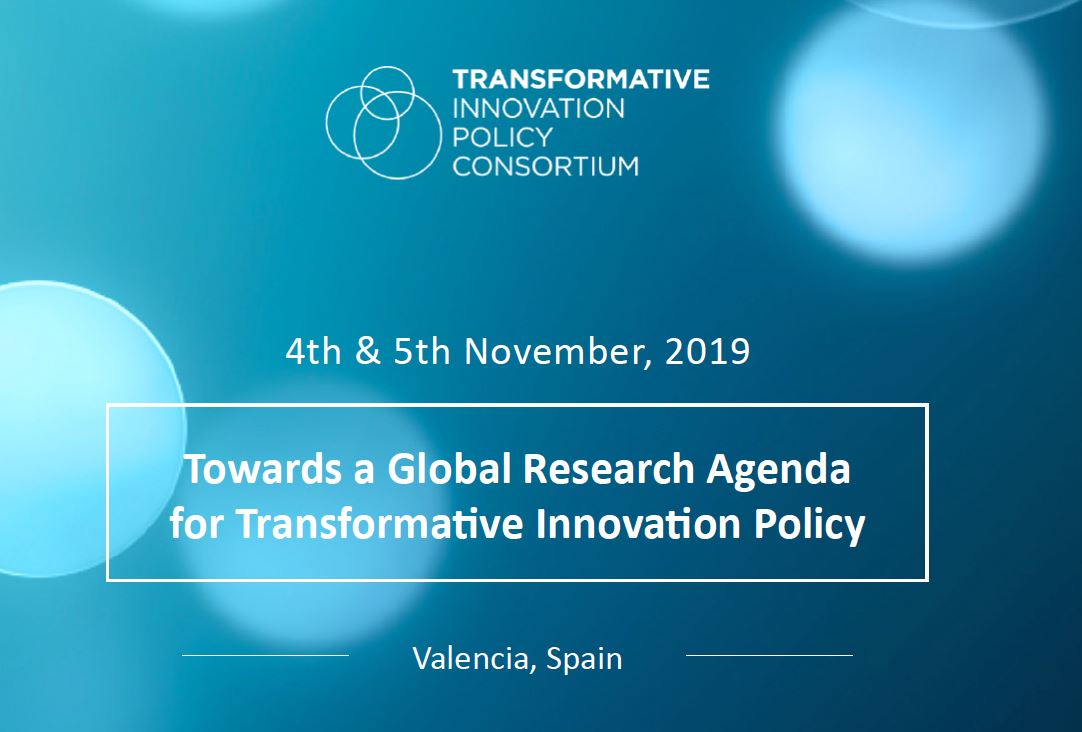 One of the conference’s ambitions was that transformative innovation should pervade scientific practice. Consequentially, the organising team did away with the well-known frontal paper presentations and limited discussion time. Instead, the conference championed a focus on research projects instead of outputs and how these projects contribute to transformative innovation policy. To complement this, ample space for discussion was provided.

This transformative ambition was reflected in various elements of the conference. There was a poster session, where the research projects were presented, and which was perceived as very engaged by participants. As Matthias Weber, Head of the Center for Innovation Systems & Policy at the Austrian Institute of Technology, noted, without any other activities running in parallel, in this format everyone could really focus on the projects. In addition, the organisers came up with the idea of grouping participants with similar project topics, to spark more in-depth discussion. In those guided discussion sessions, participants were asked to converge on a common issue regarding their projects’ implication for transformative innovation policy. These common issues were pitched and discussed in a marketplace setting later on. 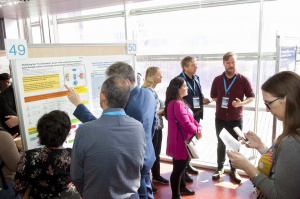 S4D4C readers might be especially interested in the links between transformative innovation policy and science diplomacy. In the following, a few observations from the conference regarding this cross-fertilisation are reflected upon.

General observations from the conference: The international relations component of societal challenges

TIP and Science Diplomacy converge on their international ambition and level of action. TIP aims to stimulate transformative, systemic change on all levels and in all sectors of society. Its view of society as a socio-technical system refocuses on the complexity of the challenges we face. This complexity is inherently transboundary, given the processes of globalisation, urbanisation, climate change etc. However, the projects presented at the conference rarely included this international level. This may or may not be due to the difficulty of studying this level or because international relations scholars are largely absent from the TIP community. Science Diplomacy on the other hand, is missing a common agenda. If executed from a ‘traditional’ diplomatic standpoint, science diplomacy serves national interests, be they geopolitical or advancing the national knowledge economy etc. However, as Marlous Blankesteijn, Assistant Professor at the Vrije Universiteit Amsterdam argued, a common, shared narrative is needed to tackle grand challenges. Such a narrative needs to translate the ambitions of TIP into national interests that link up internationally. In this sense, TIP and Science Diplomacy can learn from each other to strengthen their international reach and shared transformative narrative.

International funding models for scientific projects were strongly criticised in the panel discussions. These models often prefer knowledge and technology transfer from the Global North to the Global South (Diana Velasco, Provost of the Universidad de Ibagué, Colombia). In consequence, they rarely lead to an equal, eye-level interaction between science partners. This may also link to a misplaced international development mission. It was argued that countries receiving international science funding would need support that is aligned to the country’s national science technology and innovation strategies. Imraan Patel of the South African government stated that unless localisation of funding programmes occurs, international science funding “is a moving of technology to other places, then you’re stuck with technologies without transformative change”. Johan Schot, Prof. of Global History at the Centre for Global Challenges (Utrecht University), sided with this view calling for a funding programme that would break the lock-in of the Global North and repair the knowledge transfer cycle to include action from South to North. 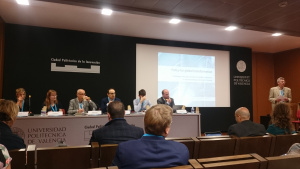 Some notions in the global science discourse are experienced as imposing or even “colonialist” by some panellists (Diana Velasco & Imraan Patel). This pertains to concepts such as excellence and research quality. These are associated with metrics systems from the Global North and reflect the understanding of the conduct and impact of science from that region. Scientists from the Global South call for more “epistemic justice” in this respect (Diana Velasco). Especially in Spanish-speaking countries, a huge, Spanish-language publication system has developed alongside the global, largely English-language publishing machinery. It aims for different objectives than those generally measured by science metrics. As one of the panellists noted, there is impact that is much more important than playing with the metrics. This included having local people benefit from research results.

The discussion revealed the discursive force of the global science discourse. This discourse has become so dominant that researchers feel a science system is imposed on them that does not represent their understanding of science and its value. Science Diplomacy must be aware of these neo-colonialist mechanisms and pursue knowledge exchanges that guarantee epistemic justice for different understandings of science (Ellie Gilvin, Portfolio Manager at UK Engineering and Physical Sciences Research Council). A remaining question is how the overlap between STI, TIP and international relations/diplomacy is envisioned and organised differently in the Global North and Global South?

Insights from the group discussions: The potential of meta-governance for transformative innovation policy

For some time, the TIP community has been calling for organising the enabling conditions for transformative innovation. At the same time, it aims to be an equal, non-imposing, non-colonialist movement. It wants to realise global transformative solutions that are beneficial for all, by including all.

The perspective of meta-governance as promoted by S4D4C has considerable potential to further this agenda. This perspective leads to modes of behaviour in order to reach mutually accepted Science Diplomacy arrangements. It enables the orchestration and coordination of Science Diplomacy for transformative change without losing sight of socio-political realities. A governance framework that makes use of this perspective may be able to release the tensions arising from the differences between national interests. 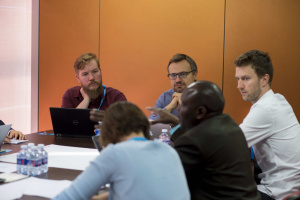 Who had thought that the annual TIPC conference would merely take place in the science community would have been misled. It was also a place where science diplomacy happened. Transformative innovation policy is of interest for many scholars in Europe and beyond. This interest led to the creation of an “inter-network dialogue” with the objective of furthering the TIP agenda and collaborating on it. With the TIP Consortium in the lead, the dialogue brings together other academic networks such as Eu-SPRI, STRN and Globelics. In this dialogue the TIP concept, mechanisms and funding opportunities are discussed and negotiated. Thereby, the dialogue presents an interface at which scientific actors carry out diplomatic activities, not only between themselves, but also including funding organisations, policymakers and, in some instances, citizens.

To a lesser degree, this also holds true for the transformation of scientific practice. The format of the conference was probably more appropriate to discuss the overarching conference topic than a traditional conference would have been. However, for those presenting their projects, the conference setup was only indirectly fruitful compared to one where manuscripts are discussed. With publication rates as central metric, transforming the format of conferences only will in the end not lead to profound change.

(Header image: from the conference brochure)