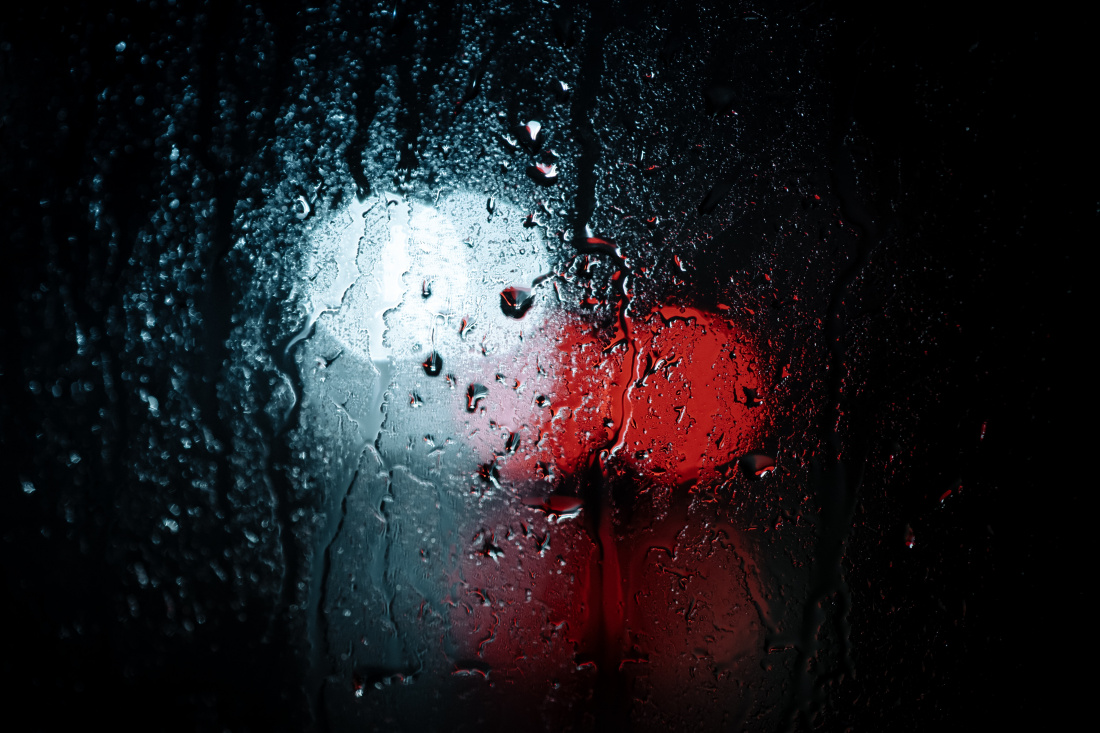 On this page, you find the matter explicitness/implicitness, co-authored by Mitchell Young and Charlotte Rungius.

Explicitness (or implicitness) refers to the use (or non-use) of the term ‘science diplomacy’ by particular actors in particular situations to label themselves or their activities. While the term science diplomacy has been gaining increased traction in both academic and policymaking circles, it is neither universally embraced nor entirely consistently used. The reasons for this are undoubtedly manifold: sometimes they are intentional and other times they reflect a lack of awareness of the concept or a preference for alternative language. In this matter, we look at the conditions under which actors choose to use or to avoid the term science diplomacy, and by distinguishing between explicitness and implicitness, seek to make sense of one aspect that underlies the ambiguity of science diplomacy as a term.

Our basic premise is that the act of applying (or not applying) the label science diplomacy to a concrete interaction, practice or actor is political, that is, it creates and changes power relations and affects outcomes. Casting the term this way makes it especially important not to overlook instances at the intersection between science and diplomacy that are not named explicitly as science diplomacy. In our S4D4C cases, we found quite a few examples of things that we believe should be considered science diplomacy even though they are not labelled as such or occur under the label of an alternative (sub) type of diplomacy or policymaking. Science diplomacy, in other words, is not solely identifiable through self-conscious labelling but requires looking more broadly into what occurs at the intersection of science and international relations. Understanding when, in what context, and for whom the explicit use of the label science diplomacy is helpful in efforts to advance scientific and foreign policy objectives, and inversely, understanding when, in what context, and for whom science diplomacy may be more effectively deployed by leaving the term unstated, provides insight into science diplomacy as both a practical and theoretical concept.

The term science diplomacy is used to label both actors and practices. There are three main types of actors that engage in activities of science diplomacy: (1) political/ diplomatic actors, (2) science-based actors, and (3) science administration/ management-based actors. In each of these three actor types, we can distinguish between explicit and implicit actor self-definition. In the first type, we find both explicit and implicit actors. There are actors with explicit roles and titles that include the term science diplomacy: Science Diplomats, Science and Technology (S&T) attachés, and Special Envoys, whose role is to practice science diplomacy. More precisely, their role is typically to practice ‘diplomacy for science’, that is, assisting scientists in bridging national divides, and these actors have little to do with high politics or sensitive diplomatic issues. Inversely, in this first type, we also find political actors (from civil servants to high-level politicians) that work on knowledge-intensive issues and are thus engaged in practices that we could consider to be science diplomacy, but they do not define themselves as science diplomats. The second type, science-based actors, mainly do not use the term science diplomat to define themselves or their actions, though there is a small but growing cadre of scientists that would do so. In this second type, we distinguish between government-appointed and self-appointed science diplomats. Government-appointed science diplomats are scientists who are brought in by the government to assist in knowledge-intensive negotiations and decisions on what may be sensitive diplomatic topics. A prototypical example here is the Iran nuclear negotiations. These government-appointed actors would not likely call themselves science diplomats, though we would classify them that way. Self-appointed science diplomats, on the other hand, are activist in nature. These are scientists who attempt to impact on issues of international affairs, engaging with a wide range of global challenges and sustainable development goals. This sub-type of actor uses the term explicitly, and these actors are often associated with institutions that promote science diplomacy activities, such as the trainees and members of various networks (e.g. “Science Policy in Diplomacy and External Relations” (SPIDER)). Finally, the third type of actor, science administrators, are engaged in international issues and have responsibilities that entail some degree of diplomatic activity – joint programming, grant and infrastructure management – but who would not explicitly refer to themselves as science diplomats. Overall, we can say that the explicit identifier ‘science diplomat’ is generally reserved for a sub-set of the actors that actually practice science diplomacy. Interestingly, while the term science diplomat is used rather cautiously and often seems to be a conscious and considerate choice, the term science diplomacy, referring more to practices than actors, has gained wider traction.

Turning our attention to practices, the cases we have studied provide a number of different ways of looking at the implicit or explicit use of the term. The key to understanding its use in practice relates to two factors: objectives and legitimacy. Regarding objectives, it is important to ask whether or not the term science diplomacy advances or hinders diplomatic objectives. While we find many examples of the positive impacts of the explicit use of the term in our cases and in the general literature on science diplomacy, two of our cases shed a slightly different light on this question. In the case on food security, we found that explicitly labelling an activity as one of science diplomacy can be seen to introduce a non-cooperative dimension – or a quid pro quo, which changes the dynamics of what otherwise would be purely scientific cooperation (Ravinet et al., 2020). In this way, an action that is altruistic may be seen as self-interested. In such situations, the word science diplomacy is better avoided, as it is likely more effective to keep to the language of scientific cooperation, steering clear of any invocation of politics. The political effects this term has also depend on the institutional logic in different sectors of government. While science diplomacy, practised as cooperation by those in the science and research sectors of government, is most often undertaken with the universalistic aim of advancing science, for other sectors, it has different uses. Within the foreign policy apparatus, it is often viewed as a trading chip within a broader negotiation framework. For example, funding for food research cooperation may be traded for concessions in other areas, such as strengthening control over migration. What is perhaps unexpected then, is that we find a reluctance to use the term in foreign policy, particularly in the European External Action Service (EEAS), and we find its strongest promoters in the research ministries, for which it is something of a double-edged sword.

The second case which sheds light on this issue is Synchrotron-light for Experimental Science and Applications in the Middle East (SESAME) (Rungius 2020). The SESAME infrastructure is commonly presented as a poster child of science diplomacy. The narrative, in its most simple form, is that SESAME promotes world peace by bringing together countries traditionally in conflict through a joint scientific infrastructure. While there is truth behind this narrative, and there are examples of the participating countries coming to agreements in order to establish and run the facility, the cooperative successes, somewhat paradoxically, tend to relate to administrative issues (such as budgets) rather than scientific ones. Notably absent, for the time being, is evidence of individual-level cooperation between scientists of different nations as a means of building cross-cultural understanding. What is important for the discussion on explicitness, is that the most prominent narrative, peacebuilding through science diplomacy, is potentially counterproductive for achieving what most of the regional participants want from the project – the ability to conduct cutting edge research. Internally, SESAME strives to define itself by excellent science, but the narrative of peacebuilding tends to overshadow the scientific goals.

A second key factor for understanding the use/non-use of the term in practice is that of legitimacy. The explicit use of the term should enhance the legitimacy of the relevant actors and their practices, or else there is no reason to use it. Since it is difficult to identify empirical evidence that would prove a positive correlation, we, therefore, look at it the other way around, seeking reasons for not using the term in situations where science diplomacy is known to be happening. In our case studies, we find two main reasons: a lack of awareness of the concept and/or a preference for alternative concepts. There were a significant number of interviewees who were not familiar with the term until it was explained to them, at which point the interviewees generally responded positively to it and agreed that their activities fit within this category. Concomitantly, we found that other related concepts often had more salience within policy communities. In our three foreign policy driven cases, infectious diseases (Šlosarčík et al., 2020), water security (Tomalová et al., 2020), and cybersecurity (Kadlecová et al., 2020), there are corresponding diplomacies which compete with science diplomacy, namely health diplomacy, water diplomacy, and cyber diplomacy. These thematically oriented diplomacies tend to be used more often than the broader and more cross-cutting term science diplomacy. The same effect is seen in stakeholder organizations, that also tend to prefer the more thematically specific terminologies, i.e. health diplomacy, over science diplomacy. The exception to this is in the area of science and research policy, where the term science diplomacy is common, but where it also, of course, fits the thematic focus of the ministry or agency.

The relations between actors in science diplomacy and the thematic diplomacies can be more clearly uncovered in cybersecurity, which has become a primary issue for foreign policy in a way that none of the other case topics have. There are cyber diplomats (and attachés), who often work alongside science diplomats (and attachés) in the same embassies and foreign representation offices. The distinction between their two positions and roles exposes the institutionalized gap between these interrelated concepts of diplomacy. We find that in actuality, they are treated as almost entirely separate activities: there are no formal structures or institutionalized practices to guide the relationships between them, even when they are in the same embassies. There is, nevertheless, evidence of ad-hoc cooperation (Kadlecová et al., 2020). There are significant overlaps between these types of diplomacy but also differences and gaps such that neither term fully encompasses the other. We suggest, therefore, that better articulation of science diplomacy as a cross-cutting/umbrella like concept and sector-based types of diplomacy is needed both theoretically and in practice.

Finally, we also find that there is a great deal of variance between national approaches to the use of the term. For example, the UK tends to explicitly refer to science diplomacy more than other countries. There is also a difference in the way states make use of the term. In the Czech Republic, the term often shades in meaning towards economic diplomacy, something which we also see in the Netherlands and the UK regarding how each state addresses water diplomacy (Tomalová et al., 2020). These differences are both cultural and linguistic, and much as the word science itself varies in meaning, the concept of science diplomacy has different national meanings and connotations, furthering an already complicated question of when, in which context, and with whom to be explicit about science diplomacy.