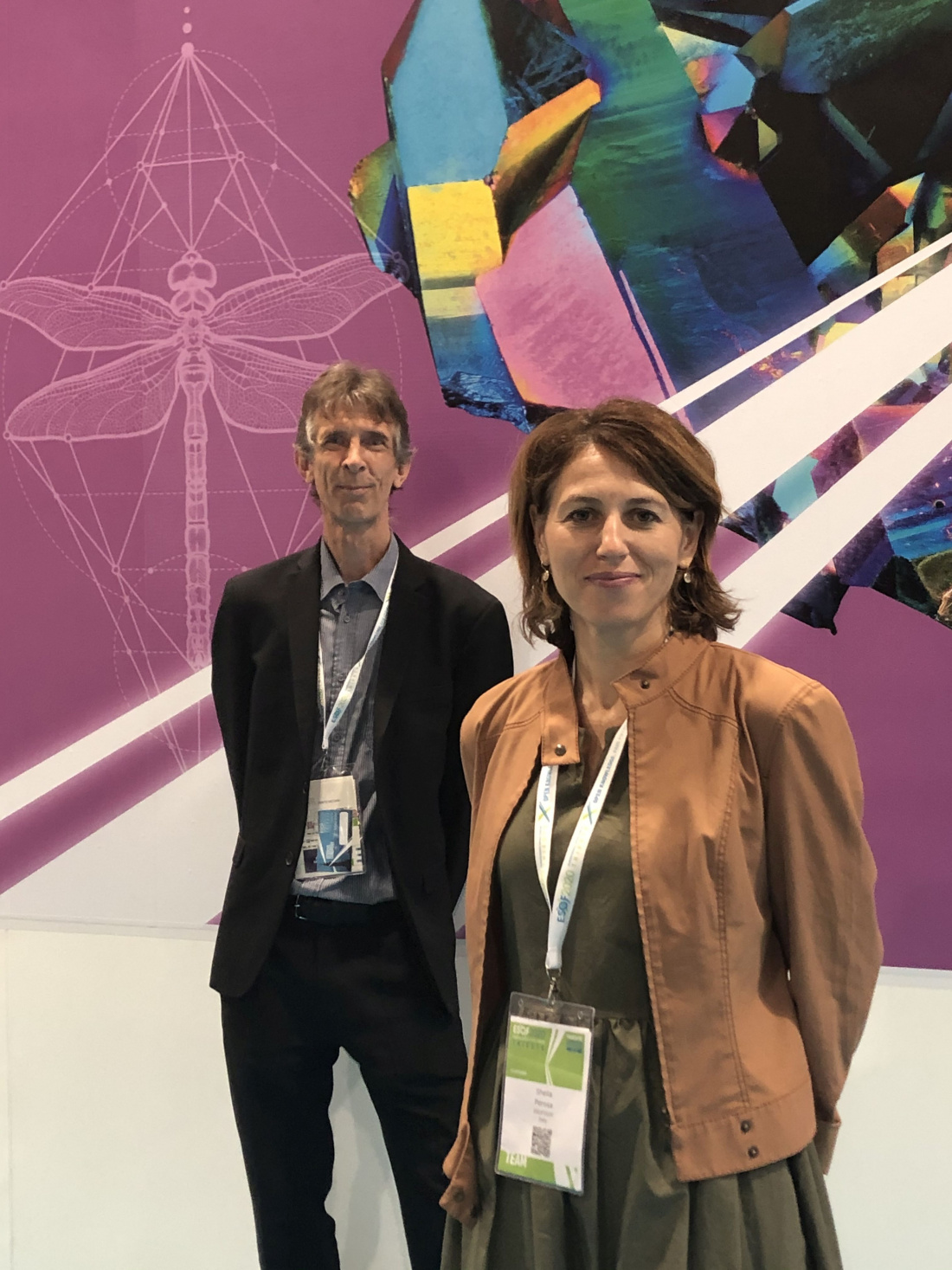 There is no science diplomacy without the substantial involvement of scientists. Scientists know that and have increasingly shown more interests in science policy. However, most traditional scientific training does not prepare scientists to interact outside the academic bubble. Among the many initiatives taken to address this gap, S4D4C’ team member and science diplomacy coordinator at The World Academy of Sciences (TWAS), Peter McGrath, successfully co-organized several trainings for researchers and also spoke at the session on careers beyond the lab during the ESOF 2020 conference. In this researchers’ voice, we asked him about scientists’ role in science diplomacy and what they can do to get there.

As we often like to say, there is not one way to be a science diplomat. Indeed, the science diplomacy interface is made of a plurality of actors with different backgrounds. You have yourself an unusual career path; while you started off as a zoologist, after a 10-year research career you left academia for journalism and focus now on science policy. Would you consider yourself a science diplomat?

When we run courses on science diplomacy at TWAS we stress the point that scientific collaborations are done to generate new knowledge, whereas science diplomacy is practiced to build better relations, e.g. between countries. Taking this definition, I would not consider myself a science diplomat. I see myself as more someone who studies the practice and influence of science diplomacy and then as a teacher of the subject.

What is the role of scientists in the science diplomacy interface?

Let me begin to answer this question by turning it around. What if there was no scientific input into an issue of science diplomacy? What if the IPCC had not produced massive reports summarising our latest understanding of climate change? What if countries that share a transboundary river or aquifer were discussing access to water when they had no evidence about annual rainfall variations, catchment areas, refill or extraction rates, etc.?

In order to make informed decisions on such issues, science is critical. And it is the role of scientists to present the ‘to the best of our current understanding’ knowledge, perhaps with an idea of any uncertainties, in a way that the policy-makers and diplomats can understand it and use it.

As mentioned earlier, part of your career has been focused on scientific journalism. Scientists are often not trained to communicate their findings: What advice would you give scientists for their research to have an impact beyond academia and in particular in policy and diplomacy? Which skills do they need?

First, I would say scientists are very good at communicating their findings – to each other. For example through scientific papers and conference presentations. But in these situations they are generally talking to people who understand the basic concepts and processes behind their work and can probably follow many of the technicalities involved. It is an entirely different skill to present to a non-technical audience and to ‘translate’ the science into a message that is easily understood but without diluting its significance.

Should a scientist get more and more involved in policy and diplomacy activities, then other so-called ‘soft skills’ are required, such as networking and negotiation.

During ESOF 2020, S4D4C and EFSA hosted a joint session on careers beyond the lab. How did this come about? What was your experience as both a co-organiser on site in Trieste and speaker in this hybrid session?

Of course, ESOF 2020 was launched in the pre-COVID era and there were many groups around Europe and beyond who submitted proposals for sessions. Many of these aimed to tackle similar issues, like the proposals from S4D4C and EFSA. The ESOF organisers, therefore, encouraged us to try to find a way to work together and present a joint session. I must say that, although we came at the idea of ‘Careers beyond the lab’ from different starting points, there was good chemistry between our two groups and I think we presented a lively and informative session and look forward to further cooperation. Both teams collaborated very efficiently, and that is also thanks to my colleague Sheila Perosa and her key role in organising the session.

As to ESOF itself, it has been hailed as the first international scientific conference since all the COVID lockdowns. It obviously took place as a first-of-its-kind hybrid conference. Because our offices are in Trieste, I was able to make it to the venue, but it did feel a bit surreal. For example, the few participants present in the conference rooms were wearing masks and an unknown number of online listeners fed through questions via the Zoom chat facility.

Science policy and science diplomacy have sometimes been used interchangeably. How do you differentiate between the two concepts?

For me, science policy-making is a national practice aimed at making things better within a country. But countries must also work together, trade together, consider security situations, and of course consider the regional and global environment. For this, countries create a foreign policy, which may or may not be at odds with neighbouring and other countries’ foreign policies. This is where the diplomacy comes in – how much of your foreign policy can you implement while respecting the foreign policies of other countries? In this case, diplomacy, unlike policy, is more about influence, negotiation and compromise.

ESOF2020 was held in Trieste, the home of TWAS and many other research and science policy institutions, which makes the city a hub for international scientific research. In your opinion, what is the impact of such a concentrated international scientific community on the advancement of science to address global challenges? Can Trieste be considered a “science diplomacy” city?

The first international science centre in Trieste, the International Centre for Theoretical Physics (ICTP) was established in 1964. Trieste was chosen, to a large extent, because it was where scientists from the USA and the Soviet Union could meet and discuss the latest advances on neutral ground. Thus, the ‘Trieste Science System’, as it is now called, was born into science diplomacy. Whereas TWAS was the first organisation in the city to start working on science diplomacy -using Trieste’s location as a bridge between the North and South as well as between East and West, a number of other local institutions now have active science diplomacy activities. So yes: Trieste can be considered a “science diplomacy” city – and maybe now, after ESOF, the time is right to build on that and consider establishing an ‘International Centre for Science Diplomacy’ here.

While S4D4C is an EU project, science diplomacy by its very nature cannot be bound to the European continent. TWAS itself is focused on enhancing scientific capacity in developing countries. Indeed, not all countries are equal when it comes to scientific funding and research capacity. How can those differences be lessened, which tools can be used?

TWAS’s mandate is to help build scientific capacity in low- and middle-income countries, with an increasing focus on what we call ‘scientifically lagging countries’, i.e. the World Bank’s Least Developed Countries plus a few others that really lack scientific capacity. Thus, TWAS programmes include funds for research grants to buy equipment and consumables; fellowships to get PhD training; other exchange programmes to provide enhanced training and develop collaborations; as well as prizes that bring the successes of scientists to the attention of the broader society in these countries and beyond.

But TWAS can only do so much. We must also advocate for national governments to commit to supporting their own scientific communities. In Africa, for example, countries have committed to allocating 1% of their GDP to research and development, but in practice only South Africa and Egypt are close to this mark. Many others are nearer to 0.1%. Only when nations buy into the proven idea that investment in science and technology can spur development will we see this changing.

Your role in S4D4C concerns mainly the capacity building facet of the project. Why is training in science diplomacy so important in your opinion? How does it reflect itself in your involvement with S4D4C? What is your vision for the future of scientific education?

For me, the answer to this question follows on directly from the previous one. If a country does not have a critical mass of trained scientists, how can it enter into cross-border or international discussions on science-related issues? Whose expertise, whose data is it going to use to inform its policies?

Likewise, scientists in such countries must see the value in their work beyond the laboratory and how it can help the country, either to tackle internal issues related the Sustainable Development Goals or any of the transboundary issues we discuss in science diplomacy.

Building these links between the scientific community, policy makers and the general public will take time – and this is where I see the need for science education. Science needs to be taught from an early age (starting in primary school), but not as rote learning. Many studies show the benefits of so-called Inquiry-based Science Education (IBSE), or learning-by-doing – that builds critical thinking capacity, teamwork and other skills required for the 21st century. Imagine if a high percentage of the population could identify the bogus scientific claims made by some politicians or advertisers, etc. Surely the world would be a better place. Implementing IBSE can help us reach that point. . Of course, the ‚C‘ in the S4D4C acronym refers to the ‚Challenges‘ of the Sustainable Development Goals, so hopefully our project is contributing to the attainment of this better world.

Thank you, Peter, for talking to us!