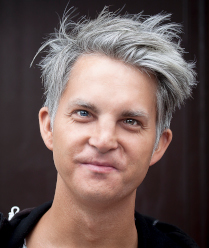 Dr. Tim Flink is a postdoctoral researcher and lecturer in science policy research and social studies of science, based at Humboldt-Universität zu Berlin and at the German Center of Higher Education Research and Science Studies (DZHW). Prior to his academic engagement, he worked as the personal board assistant to the EU Liaison Office of the German Research Organisations in Brussels, especially supporting the German Research Foundation’s (DFG) President and Secretary General in representing the DFG’s international interests vis-à-vis the EU’s institutions. He published the first comprehensive social history and policy analysis of the European Research Council and gathered expertise in many other science policy related fields, including science diplomacy (the first cross-country comparative study being carried out with Ulrich Schreiterer from 2008-2010), academic spin-offs, and university governance and incentivisation regimes of researchers. As a policy expert, Tim has shared his knowledge with actors from various institutions, such as the European Commission’s DG RTD, the ERC’s executive agency and scientific council, the German Foreign Ministry and the Ministry for Education and Research, the Federal Government’s Expert Commission on Research and Innovation (EFI), the German Research Foundation and the Academic Exchange Service (DAAD), to name but a few. In S4D4C, Tim Flink led the work package on the ‘Conceptual framework’; he is the author of several academic and policy papers such as Policy Brief: Why science diplomacy needs evaluative backing, Romancing science for global solutions, Critical perspective on Science Diplomacy in The Hague Journal of Diplomacy and the 2018 Policy brief on science diplomacy in the European Union. He is also the author of the S4D4C case study ‘Joint international research programming as a case of science diplomacy’ and contributed to the transversal analysis of cases. Together with the DZHW team he also acted as the local host for the 2nd Networking Meeting ‘Towards a European Science Diplomacy Roadmap’ in Berlin – about which he is speaking HERE in an interview together with Elke Dall, published as part of S4D4C’s researcher’s voices series. His publications are also made freely available here.