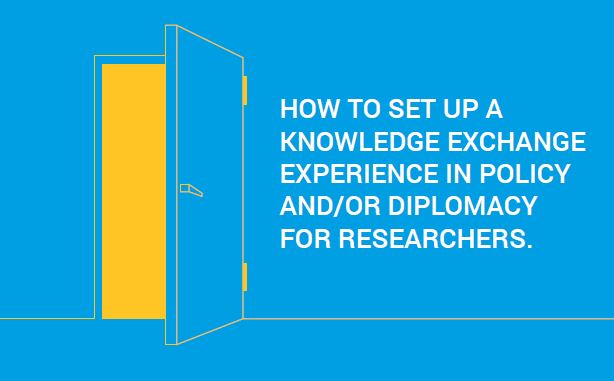 The need to create more and more fluent interactive spaces for scientists, diplomats, and other stakeholders to work together in addressing global challenges through science diplomacy has been one of the strongest messages the S4D4C project has been raising awareness of.

As part of this idea of facilitating interaction among stakeholders, the S4D4C Open Doors programme was an exchange scheme for five researchers with an interest in science diplomacy. It was designed as an experiential learning scheme for grantees to become familiar with the EU science diplomacy landscape, interacting with scholars, diplomats, practitioners, and policymakers, and understanding the role of Embassies, Ministries and other governmental departments, research organisations and international organisations, all play in international relations and global affairs. The programme was a success both in the number of researchers interested in the open call launched to select the grantees and in the number of institutions participating as hosts of the programme. Moreover, researchers and institutions reported high satisfaction with the programme and, even, some institutions started new science diplomacy actions and activities as a result of the experience.

We are delighted to publish: “How to set up a knowledge exchange experience in diplomacy and/or policy for researchers. The S4D4C Open Doors toolkit”, written by the S4D4C consortium members Izaskun Lacunza, Nadia Meyer, Ana Elorza, Maria Josten and Lorenzo Melchor, from the Spanish Foundation for Science and Technology (FECYT) and the German Aerospace Centre (DLR). It captures the lessons learnt during the design and implementation of the programme and the testimonials of researchers and host institutions. Also, it describes a few recent exchange programmes for researchers in diplomatic or other public policy environments so as to show the very many different shapes these programmes can take while sharing the objective of fostering better connections between researchers, diplomats and/or policymakers. Finally, it includes some tips for those institutions interested in establishing their own exchange programmes.