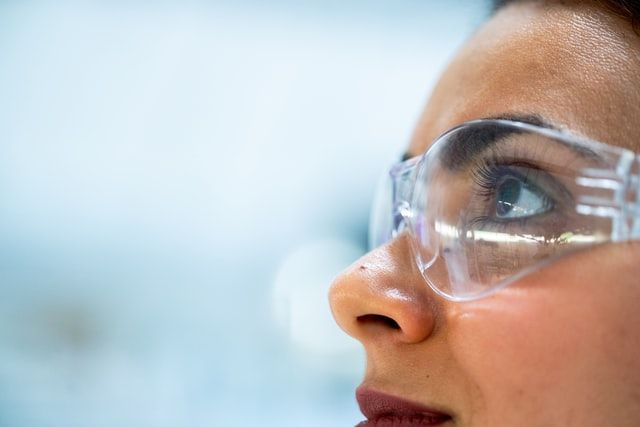 The International Day of Women and Girls in Science is celebrated on 11 February and at S4D4C we want to use this occasion to briefly reflect on the gender perspective in science diplomacy (SD).

Why is women’s representation in SD necessary and relevant?

What is the EU research policy framework on gender equality?

The SD goals and activities are taking place in the EU research policy framework which is increasingly adopting and highlighting the gender dimension.

The EU Gender Equality Strategy 2020-2025 highlight gender equality as a core priority for both EU research policy and external action. This priority is reflected and anchored in the EU’s Action Plan on Gender Equality and Women’s Empowerment in External Action 2021–2025 (GAP III), which aims for 85% of all new external relations actions to contribute to gender equality by 2025.

Recommendations to integrate gender issues in international STI cooperation, at national, EU and international level, were formulated by high-level groups such as the Strategic Forum for International S&T Cooperation (SFIC) and the Helsinki Group on Gender in Research and Innovation (HG), and the Horizon 2020 project GENDERACTION. This project addresses research policy and research approaches as well as the corresponding human resource and financial frameworks in which cooperation happens. For instance, research funders are encouraged to consider that care-work might lead to different career paths of researchers, hence mobility schemes should take this into account when setting age limits or other potential obstacles for women.

The Communication on a new European Research Area (ERA) for Research and Innovation adopted by the European Commission on 30 September 2020 sets out a collaborative framework for the European Commission, the EU Member States and relevant stakeholders. The communication indicates equality as one of the principles and European values on which it is based, and more specifically, it defines gender equality as one of the four strategic objectives for the ERA and related policies.

Where does S4D4C position itself in terms of gender equality and inclusion?

While S4D4C has not systematically analyzed the composition of the SD community, we have noticed a good gender balance, with maybe even a stronger involvement and interest from female participants. As our colleague Marga Gual Soler points out: “A dominant demographic in SD courses are women with STEM PhDs looking for a way out of academia. If this correlates with the so-called “leaky pipeline” of women dropping out of academia when they should be progressing to leadership roles, it would be concerning, as SD is not yet an established path and there are too few opportunities to be sustainable. Addressing this imbalance must be the focus of SD in the coming years.” As an emerging field, SD has the opportunity to not perpetuate the gender imbalances of the scientific and diplomatic fields, where women are generally underrepresented in leadership positions. Politico has recently published a review on the career and educational backgrounds of senior EU officials which highlights the need for considerable improvements to reach equal gender representation. The study reports a prevalence of male officials, where the European External Action Service (EEAS), the European diplomacy service stands out among various EU institutions for gender imbalance, with almost 70% of male senior officers. Similarly, in the STEM disciplines, women are underrepresented: in education starting from lower secondary education (UNESCO, 2017, p.18), with only 30% women studying STEM disciplines, out of the global female student population. The gender imbalance in favour of men continues along with the STEM careers, both in terms of representation (with women occupied in 29.3% of scientific R&D positions worldwide) and of higher-paying positions, as reported by the Unesco Institute for Statistics and the European Commission DG for Research and Innovation’s “She Figures”.

Horizon 2020 stipulates that all project proposals submitted must include a gender equality dimension in several aspects of the project. We outline gender equality in two main project components: 1) in human resources, gender equality manifests in the balance between women and men in the teams that are involved in the project; and 2) in the project’s content, by analysing and taking into account the possible differences between males and females and aiming for balanced representation.

Our case studies illustrated that gender is one of the topics that are a relevant value in EU cooperation: In the discussion of the water diplomacy case (see report on water diplomacy, Tomalova, 2019) we learned that gender issues are sometimes discussed in settings of water diplomacy as a soft topic to cooperate on. Discussing values that the EU communicates in and to its partner countries (see report on Open Science Diplomacy, Mayer, 2019), we learned that the EU has expanded its agenda also in international cooperation with the concept of “Responsible Research and Innovation” which includes also the dimension of gender equality. Thus, in our transversal analysis of the SD case studies, we concluded that values matter, such as equality, non-discrimination or good governance, which are associated with the political sphere. We see this also in the joint programming processes which we analysed, where gender may be a small, certainly not dominant factor in the respective mediation processes (see report on Joint Programming, Flink, 2019). It is related to the social positioning of individuals, intersecting with academic titles and professional positions. In our case study on the SD case of the SESAME research infrastructure (see report on SESAME, Rungius, 2019), we learn that “Women made substantial contributions to SESAME and it is fair to say that SESAME would not exist in its current form without the input of a number of individual female scientists” (p.247). In the same context, we get to know several inspiring female figures, scientists and science diplomats. In this case study, our author notes that “Apart from the key contributions by individual women, women seem to be generally more active and are better represented (at least currently, 2019) than men in the current users”, albeit not at the director level. Such individuals matter in the implementation of SD.

Further, inclusiveness is one of the twelve guiding principles which ensure transformative SD interactions, as outlined in the New Protocol for Science Diplomacy. Inclusiveness of science-diplomatic processes requires to consider actors who are often (purposefully or inadvertently) excluded and disadvantaged, such as female scientists or diplomats.

In our networking and training activities, we strive to achieve gender-balanced representation and participation. In terms of speakers and participants and when assessing user needs and characterising science diplomats, gender(ed) analysis is considered. Our first needs analysis targeted SD professionals, and the survey reached 58% men and 42% women, revealing a quite good balance in the SD community we reach. Our online training course showed an even greater gender balance (see figure below, status as of 8 February 2021).

Attendance of the S4D4C online course

Complementing our training, we organized an Interactive Webinar Series in which students of the S4D4C online course and beyond engaged with each other and SD experts. These online events saw some female-dominated panels (webinars 1 and 2) and panels with more male speakers (webinar 4), but overall, the composition has been balanced (gender equity in webinar 3 and 5).

For our Open Doors Programme, we received a majority of applications from women (120) compared to men (69) and unspecified gender (3), with a final selection of 4 female and 1 male candidates. We also highlight some key actors in interviews (stakeholder’s voices). Since the project started in 2018, we have interviewed 10 experts in the SD and foreign policy fields: Anindita Bhadra, Mariya Gabriel, and Julia MacKenzie in individual profiles, and featured Peggy Hamburg and Krishan Lal as well as Nina Kodelja and Alessandro Lombardo in paired interviews and our male colleagues Alexander Sokolov, Chagun Basha and Jan-Marco Müller.

For the composition of speakers attending S4D4C’s Networking Meetings (e.g. for the final one we are currently organising) we aim at a good balance between genders. But we were surprised to see that in the competitive flash-talk application, women convinced the independent evaluation panel with excellent proposals, leading to an almost entirely female session.

As we approach the end of the S4D4C project, we have launched a survey for a collective reflection on the developments of the SD community in the past years. Our respondents so far (status 10 February 2021) are 133, out of which 51.88% identify as female, reflecting a balanced pool of SD professionals. Please feel free to join the community by participating in the survey until the 21 of February. And we would be happy if you could share your thoughts on gender equality in SD on Twitter.

This article is embedded in a wider campaign launched by two European Projects titled Gearing Roles and GENDERACTION EU that can be found on Twitter under the #SpeedUpChange hashtag.